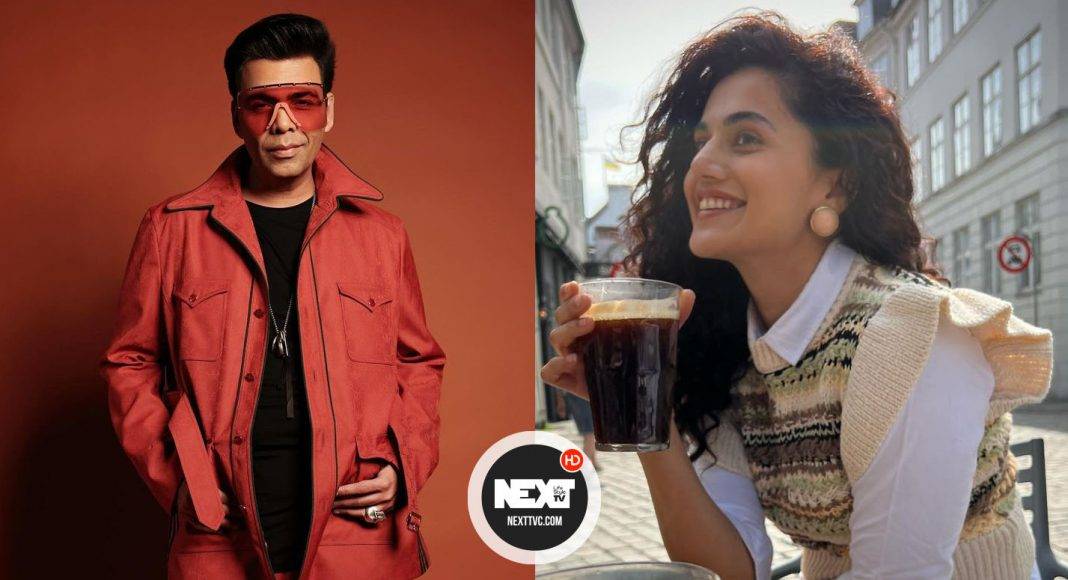 Because of this, Taapsee believes she does not deserve an invitation to Koffee With Karan. Karan Johar serves as the show's master of ceremonies.

A promotional event for Karan Johar’s talk show Koffee With Karan, Season 7, featured a jab from actress Taapsee Pannu. To promote her new picture, Dobaara, she was out and around promoting it as well. After being invited to Koffee With Karan, Taapsee complained that her sex life wasn’t fascinating enough.

During the ceremony, a journalist inquired about Taapsee’s absence from Karan Johar’s show. On her sexuality: “My sex life is not exciting enough to get invited on Koffee With Karan,” Taapsee quipped. The first episode of Karan Johar’s talk show, Koffee with Karan, aired in 2004. On Disney+ Hotstar, new episodes of the show’s seventh season are released every Thursday.

During the most recent episode of Koffee With Karan 7 with Kareena Kapoor Khan and Aamir Khan, Karan was ridiculed by Aamir for his question choice. During the interview, Karan asked Kareena about the sex one receives after having children. Kareena assured Karan that he would know the answer to this question because he, too, has identical twins named Yash and Rooh. Aamir Khan promptly returned the compliment to Karan, who said he couldn’t talk about such matters with his mother watching the show. “Is it okay with your mother that you bring up other people’s sex lives in front of her? What exactly are you asking about, exactly?”

In addition to Kareena and Aamir, Alia Bhatt and Ranveer Singh were the first guests of the new season. Alia also referred to her suhag raat (wedding night) as a myth in the first episode. Other celebrities from past episodes, including Ananya Panday, Vijay Deverakonda, Sara Ali Khan, and Janhvi Kapoor, have also spoken up about their personal lives.

According to several awards, Koffee With Karan is still going strong. It was also the 2007 Best Talk Show winner of the Indian Television Academy Award. Also, Karan was named the best talk show host in the competition.

Sajjad Ahmed - March 26, 2022
Malala Yousafzai, Nobel laureate for education, stated on Saturday that Afghan women now know what it means to be "empowered." In Kabul, the Afghan Taliban...