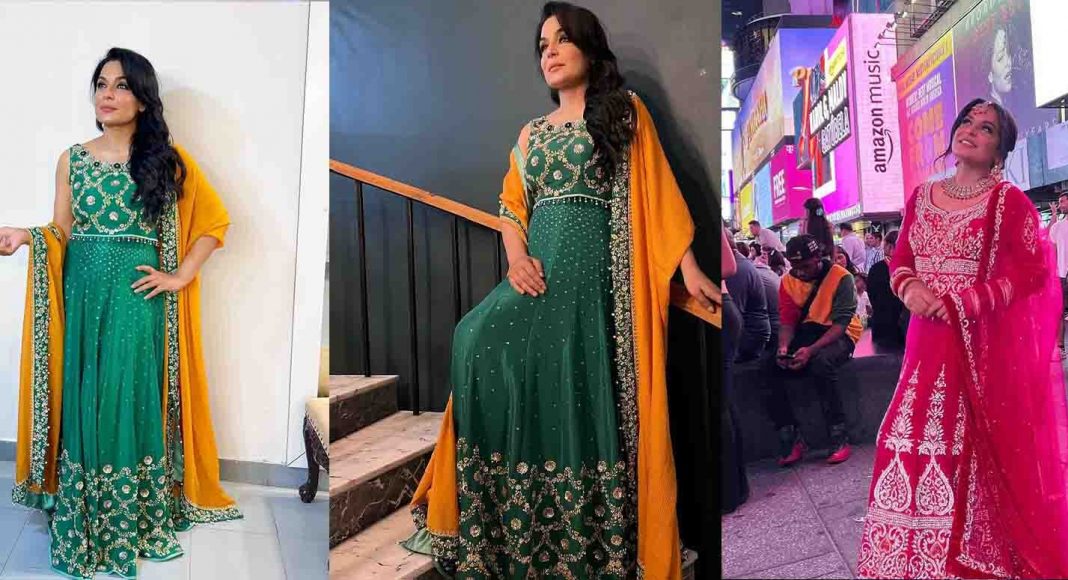 By performing in New York City, Meera hopes to raise money for those affected by the recent floods in Pakistan.

An actress with decades of experience says she would perform anywhere in the world to help displaced people.

People have banded together to raise money for flood victims in Pakistan after devastating floods caused by heavy rainfall. Currently residing in New York, veteran performer Meera has made the decision to put her skills to good use. The Nazarene actor held a dance performance in Times Square and asked spectators to donate to disaster relief.

Meera has been posting photos and videos of her performances online, saying that she will travel anywhere for the chance to “provide a roof over the head of at least one bereaved family.” By posting clips from her very varied performances across her several accounts and on various social media platforms, Meera hopes to alert the world to the scale of the destruction taking place in various parts of Pakistan by posting clips from her videos.

The celebrity, who was decked out in a stunning bright pink gharara and a long kurta with heavy silver embroidery, gave an Instagram caption explaining the meaning of the show. This afternoon I gave a benefit concert in New York City for the victims of the recent floods. My earnest plea to Muslims everywhere is that they join forces with me to achieve this goal. Let’s just welcome the flood victims into our hearts and homes. If we work together, we can achieve any goal. Let’s not make fun of people that need help. All of us together can. “

She said, “Being an artist and the most sensitive element of society, I am willing to perform for flood victims wherever on the globe as long as at least one grieving family is able to have a roof over their heads.” I’d want to express my appreciation to the Brooklyn fundraiser’s classy chief organizer, Ayesha Ali, and everyone else involved in putting on the event for inviting me and giving me the chance to help such a worthy cause.

Meera also mentioned the international telethon organized by former prime minister Imran Khan to help those affected by the floods. It won’t be long before Imran Khan holds a telethon to help flood victims. “Please help this worthy cause by sharing this post with your fans,” she said.

Along with Meera, many other celebrities and well-known people, like Shehzad Roy, Faysal Quraishi, Humayun Saeed, and Sarwat Gilani, are using their platforms to bring attention to the flood victims’ plight and encourage people to

Sajjad Ahmed - March 10, 2019
Prime Minister Imran Khan has been listed as one of several potential candidates for the Nobel Peace Prize by the editorial board of a...