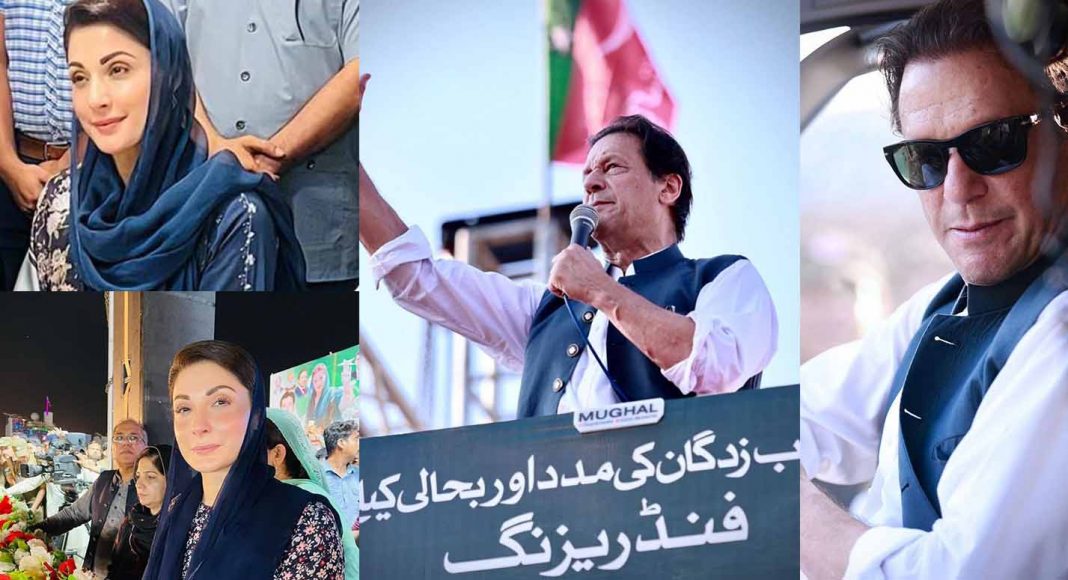 The leader of PML-N has called for a tough response to the PTI, saying that it should be treated like

Maryam Nawaz, vice president of the Pakistan Muslim League-Nawaz, said that Imran Khan, leader of the Pakistan Tehreek-e-Insaf (PTI), met in private at the President House in Islamabad to negotiate a new bail release.

To clarify, she was referring to news accounts claiming that the former premier met with an “important individual” at Aiwan-e-Sadr in the nation’s capital.

When queried about the encounter by a local TV station, Imran replied, “I don’t lie and cannot tell the truth.”

Maryam claimed during a press conference in Lahore on Tuesday that the former premier was making a fuss since he had been unable to get any help from the government.

She also pushed for an immediate, tough response to the PTI, saying that the Imran Khan-led “foreign-funded party” shouldn’t be given permission to stage a rally in Islamabad.

Maryam warned that the PTI leader and his “armed squad” must be stopped from “attacking” the federal capital.

She said that Imran should get a harsh punishment for his part in a plan to hurt the country and attack state institutions.

Her comments came after the PTI head suggested his party’s long march to the federal capital may happen as early as the third week of this month.

On Monday, he met with the district presidents and secretaries of his party’s Khyber Pakhtunkhwa (K-P) and Punjab wings to give them strict instructions for the upcoming march.

He told them to get the populace fully involved and to think of “true liberation” as “jihad.” He continued by saying that they might never achieve “true freedom” if it is not granted to them now.

During today’s press conference, Maryam responded to a question on the PTI’s idea of true freedom by claiming that Imran’s entire narrative is founded on lies. This is not a story, but rather a hoax… The time has come to throw out all of Imran Khan’s lies, she declared.

She questioned whether “[Finance Minister] Ishaq Dar’s return [to the country] is not a slap in the face of PTI’s narrative.”

At the same time that Maryam was praising the PTI chief’s scathing attacks on the establishment, she also claimed that the former prime minister used to praise the military while he was in office. Now he’s using nasty language and labelling them “neutrals.” She went on to say that, unlike Imran, “Nawaz Sharif never used derogatory words” against the establishment.