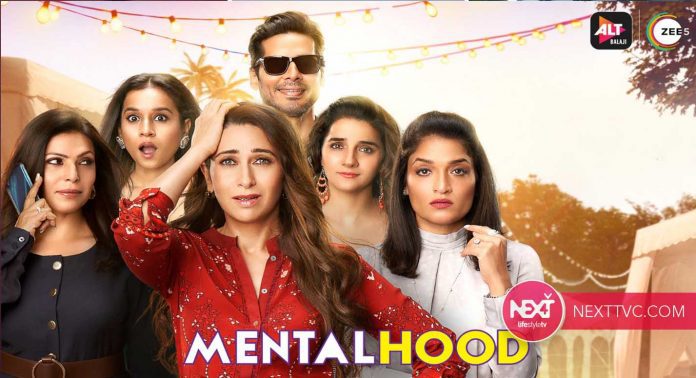 Karisma Kapoor has been away from the silver screen for quite some time. She was last seen in Vikram Bhatt’s Dangerous Ishhq that did not manage to stir the viewers. The film was unable to work well at the Box Office post which Karisma stepped away from acting.

The gorgeous actress was seen marking a special appearance in Bombay Talkies and Shah Rukh Khan starrer Zero. However, she remained away from taking up full-fledged roles.

After having been away from the celluloid for about 9 years, Karisma is all set to dip her toes into acting once again. The actress is soon going to be seen in Ekta Kapoor’s web series Mentalhood streaming on ALT Balaji from this March.

The drama series follows the story of five mothers and explores their different natures. It shows the multitasking nature of different types of mothers and their ways to give the best upbringing to their children. The makers of the Karisma starrer have recently unveiled the first look poster of the series and it is leaving fans intrigued.

Mentalhood stars Karisma Kapoor, Dino Morea, Sanjay Suri, Sandhya Mridul, Shruti Seth, Shilpa Shukla, and Tillotama Shome. The first look poster of the film clearly depicts the different types of mothers, one of them being stressed, another, a working woman. One being a confused mom, another being a gossipmonger. Karisma might have been at an arm’s distance from acting but she still retains the same charm and we can’t wait to watch her slay on the screen once again.