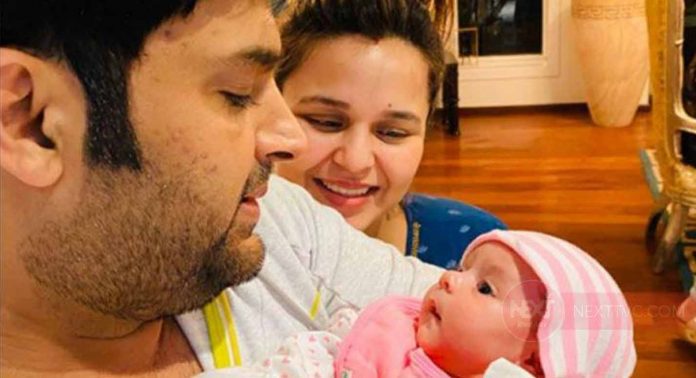 Here’s what Kapil Sharma has to say about spending time with his little angel Anayra amidst the Coronavirus lockdown period.

Just like all of us, Kapil Sharma is also practicing self-isolation amid the Coronavirus lockdown. The actor-comedian who is usually busy with shoots has finally got some time to spend with his little daughter Anayra and wifey Ginni now. And he is ensuring to make the most of it. He is enjoying every minute of this homebound phase to play and make memories with his three-month-old daughter. However, Kapil now feels like baby Anayra is bored to see him around every day.

Talking to Times of India about his father-daughter special time, Kapil shared, ‘I’m spending my full day playing with my baby. Apart from this, I merely eat and sleep. It has been hard to stick to a particular routine now. It had only been 10 days that she was settling around and we were managing time, but now everything has changed again. My baby is now bored to see me 24*7 every day. She feels that her father has turned jobless (laughs).’

Kapil further went on to reveal that he has been in a lockdown like situation ever since he became a father in December last year. He said that he has spent most of his time indoors ever since his daughter’s birth and is trying to give her all the love. He revealed that he would only step out for two days in a week to shoot for The Kapil Sharma Show and dedicate the rest of his time to Anayra.

The dotting father further added that he cannot keep his eyes off his little angel and doesn’t know how days are passing in his life. He added that now the baby has become fond of Kapil and has developed an attachment with Kapil. While she used to smile on seeing Ginni first, she has now started recognizing Kapil also. He said, ‘That feeling is out of the world.’