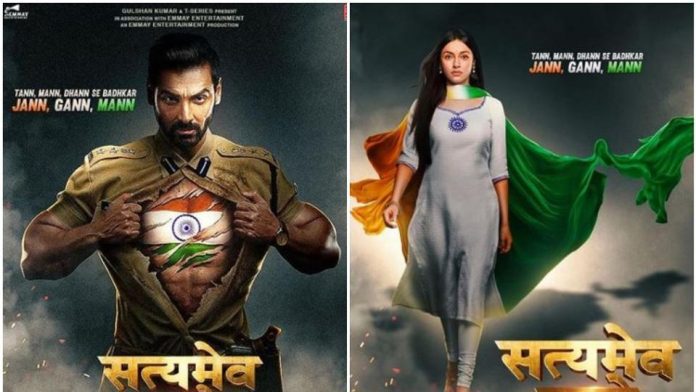 John Abraham and Divya Khosla Kumar starrer, Satyameva Jayate 2. Milap gives us some exclusive information on when he begins shoot for his next vigilante cop drama which releases on Gandhi Jayanti (October 2) and how John will up the ante with what kind of action!

Milap says that, after a short holiday with his family this week to Dubai, he begins work immediately on his next movie, Satyameva Jayate 2. “The script is ready and I start prep (including designing the action and music composition) on it after I return. We begin shooting for Satyameva Jayate 2 from March-April next year and release the movie on Gandhi Jayanti.”

Explaining why they want to release it on October 2, Milap says, “It’s a huge national holiday and the film is extremely patriotic. The story has a certain discussion on debate and discussion on violence and non-violence. John is a vigilante fighting against corruption in the country. 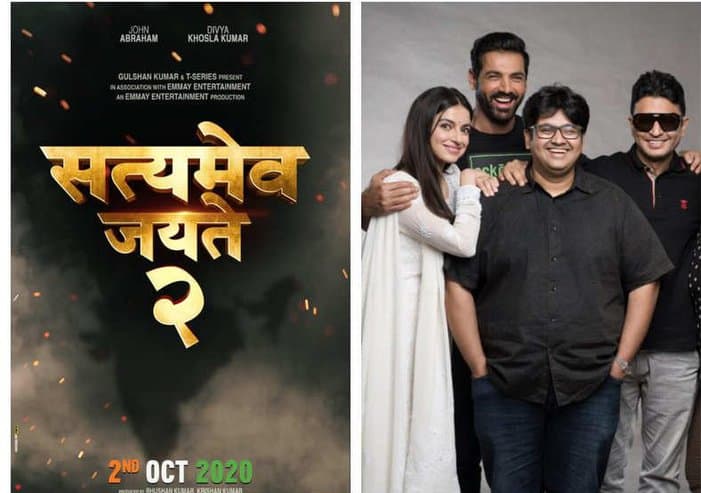 It’s not a carryover from the last Satyameva Jayate but with a fresh story. As vigilantes resort often to violence because they take justice in their own hands and Gandhiji is a symbol of non-violence, so that discussion is there in the film and that’s why we felt October 2 is such a great day for the film to release on.

There will be respectful references to Gandhiji. Violence and non-violence cannot exist as thoughts without each other. John plays a cop as is pictured in the poster but there are more twists and turns in SJ 2. I have to live up to my moniker – Milap Mass Zaveri as people feel I cater to the massy audiences who love my movies. John jumped with joy and hugged me after I narrated the script to him. He said it’s one of the best scripts that he has heard.”

Milap plans to make John push the envelope further with some raw and real action. “Scale wise, it’s far bigger than the first one. I have to tear bigger things than tyres with him. My first challenge is what can John tear or break or smash now as in SJ he ripped a tyre apart?

We are upping the ante in action which will be three times more than Satyameva Jayate and Marjaavaan. We are getting a great action team together as it will have bigger action than any of my films. It will be desi, powerful, heroic. This time John will rip a lot of other things. I make films which are desi and have the heart of India.”

Producer Bhushan Kumar’s wife Divya Khosla Kumar makes her comeback with Milap’s movie. “People feel that Bhushanji told us to take her but it’s a fallacy because in fact we (Nikkhil Advani, Monisha Advani, Madhu Bhojwani and me) approached him and her. Bhushan told us that people shouldn’t think that he had told us. Divya will be one of the strengths of the movie and a surprise.

I think she’s very talented and I am very excited that she has chosen to make her comeback with our movie. We had heard that she wanted to act again and we had seen some short films and music videos of hers. The character in the film has a lot of dignity, poise, beauty and power and she loved the plot, her scenes and accepted it immediately after we gave her a narration.”

For Milap, it’s been a surreal feeling giving back-to-back hits with Satyameva Jayate and now Marjaavaan. “Both are mass films where I am not trying to please just one particular type of audience. I took a conscious decision that I want to make movies for the masses as they are the most loyal audience. My audience is the people working hard on the streets trying to make ends meet. You feel satisfied and that your conviction has paid off in what you make.”

He feels happy that his lead actors Sidharth Malhotra and Tara Sutaria and best friend Shaad Randhawa have got their due. “It feels good to see all these underdogs (Sidharth, Tara and Shaad) become bull dogs. Everybody told me that Sidharth doesn’t have an action hero image. I wanted the masses to come for him and the opening we got was one of Sidharth’s biggest ever.

Shaad’s getting the whistles and claps for his dialogues. Marjaavaan worked for two reasons – the love story and the midget who is the villain (Riteish Deshmukh). I didn’t have the VFX budget of a Zero so the challenge was how to make it in a lesser budget and still make it impactful. Luckily, that gamble paid off well. I must give credit to Bhushanji for the songs and music he has given. His conviction paid off. Nikhhil stood by me so I could stick by my convictions and made the movie that I wanted to make. Bhushanji went all out with the music and promotions.”