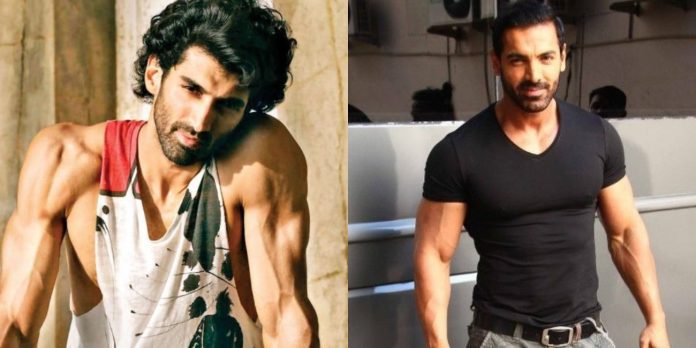 John has added one more film on his pipeline. According to Mumbai Mirror, John is in talks for the sequel of Mohit Suri’s hit film Ek Villain which starred Sidharth Malhotra, Riteish Deshmukh, and Shraddha Kapoor. Titled as Ek Villain 2, the movie will see a new pairing of John Abraham and Aashiqui 2 fame actor Aditya Roy Kapur with Mohit Suri as the director. The movie will be produced by Bhushan Kumar and Ekta Kapoor. According to a source Ek Villain, 2 is not a sequel of the first part and will see Aditya and John lock horns with each other.

The source said to Mumbai Mirror, “It will also have an intense love story at its core. Both John and Adi had heard Mohit’s idea a while ago and were excited to come on board as the premise is something both haven’t explored before. The final narration took place recently, following which the two actors have signed the film. The makers are looking for the lead actress.” The source further added that John will kick-off the shoot of Ek Villain 2 around June, but the date will be finalized once the entire team is on board.

This will be the first time Aditya and John will be collaborating together for a movie. On the work front, Aditya Roy Kapur will be seen in Malang with Disha Patani, Anil Kapoor and Kunal Kemmu. The movie’s trailer will be out today. He will also be seen in Sadak 2 with Alia Bhatt, Sanjay Dutt, and Pooja Bhatt.