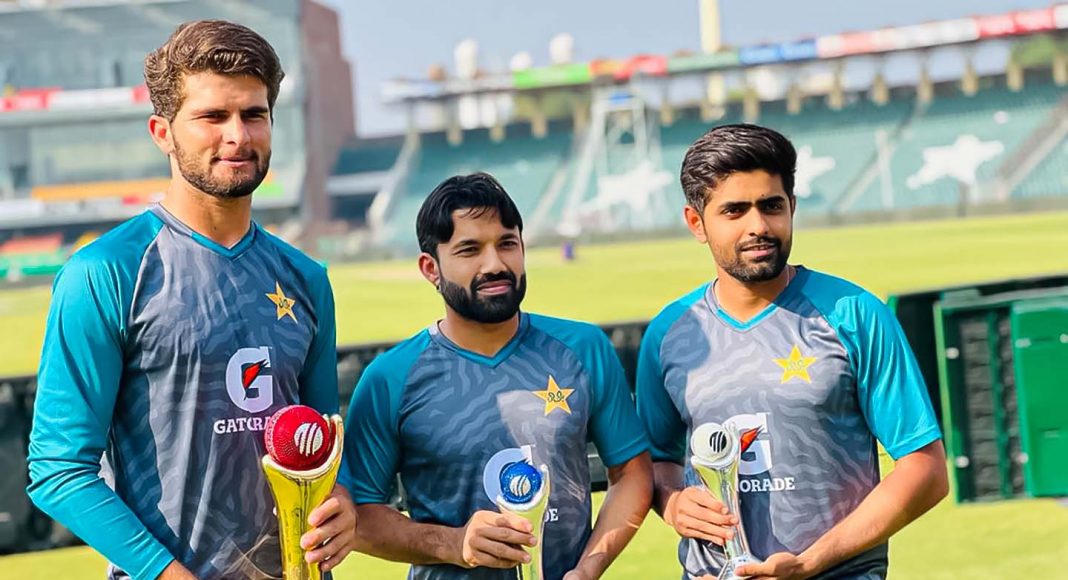 ICC Awards Trophies Finally Arrive in Pakistan for the First Time in History!

As the trophies arrived in Pakistan, Shaheen Afridi, Babar Azam, and Muhammad Rizwan posed for pictures with the coveted ICC Awards. In men’s cricket, Pakistan swept the ICC Awards of the Year for 2021, taking home three of the awards presented.

ICC ODI Cricketer of the Year Babar Azam was awarded for his outstanding performances in the 50-over format, notably his match-winning innings against South Africa and England. Muhammad Rizwan, on the other side, was named T20I Cricketer of the Year after amassing 1,326 runs at an average of 73.66 in 29 matches.

Sir Garfield Sobers Trophy for ICC Men’s Cricketer of the Year 2021 was awarded to Shaheen Afridi, though. It was the year of the fast bowler, with 78 wickets in 36 matches across forms in 2021.

As a result of their triumph, the three cricketers were given their prizes, which they were overjoyed to accept.

During the celebration, the three winners posed with the prizes and thanked their comrades for their hard work and achievement as well. A common theme among the top players was a desire to maintain their level of play and continue to get honors in the years to come.

Such an honour to hold this prestigious trophy representing Pakistan. Congratulations to Kaptaan @babarazam258 and @iMRizwanPak as well for their respective awards. It will definitely push us to do even better. ✌️ pic.twitter.com/PeIbvpnA88

Ahead of Pakistan’s last game against Australia in their historic home series, the award-winning trio is now in Lahore with the Test team. They will face Australia in the third Test match on March 21 at Gaddafi Stadium.