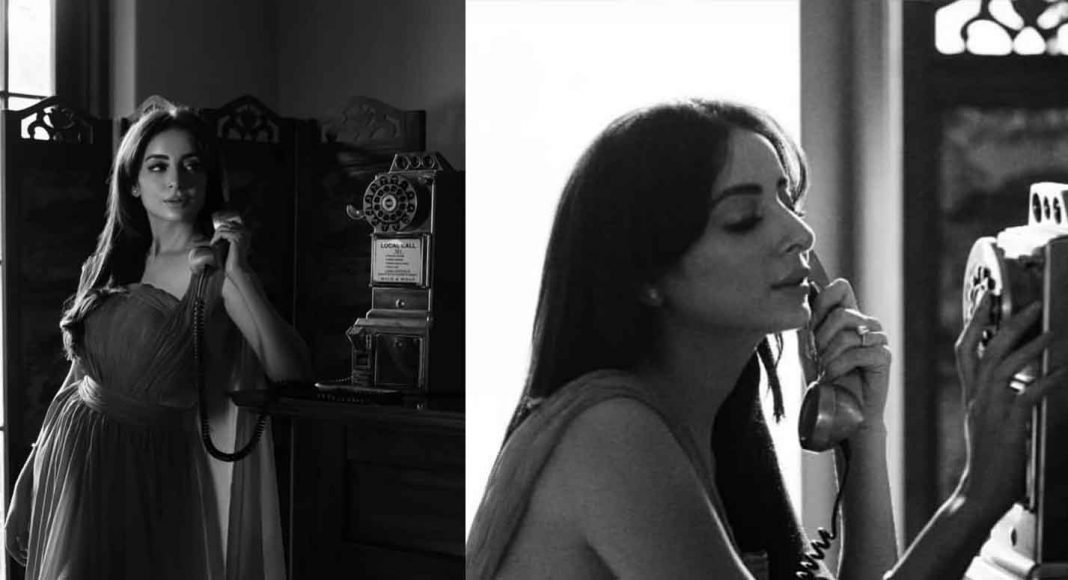 I was exposed to many different Indian traditions, including concerns about signing Indian projects, according to Sarwat

The actress discussed recent roles she has played, her recent collaborations, and Indo-Pakistani relations.

This has been a productive year for Sarwat Gilani. Gilani’s career has been skyrocketing since she made her debut at the Cannes Film Festival, and her most recent work, Joyland, was just nominated for an Oscar this year.

The actress has been recognized for her work in the Meenu Gaur series Qatil Haseenaon Ke Naam. She has also appeared in Asim Abbasi’s Churails. Co-star Sanam Saeed was also there to accept the award with Gilani.

The actor discussed Indo-Pak relations, the possibility of future collaboration, and her recent roles in an interview with The Indian Express.

Gilani said of her Qatil Haseenaon Ke Naam role, “It was very layered, to say the least.” “There will always be a part of me that is Mehek, my fictional self.” “I think she might be the most attractive creation of mine.”

The star of “Jawani Phir Nahi Ani” said of Gaur’s directorial effort, “It was a privilege to work with our Indian friends and team, and the show itself was truly unforgettable.” The way we do things here is truly remarkable; you’ll feel like a famous person, and support, gratitude, and admiration will be showered upon you without hesitation. “Having the names of these two countries be similar is lovely.”

She continued by saying, “They get to work with us; we get to work with them… Zindagi has paved the way to bring talents from across the border together, sending the message that art created by anyone and everyone will be beautiful, will win, and has no boundaries. “You can’t just stay where you are and claim to be creative, so you have to be open to new ideas if you want to move forward.” “You need to broaden your horizons and immerse yourself in art, which, like love, transcends cultural boundaries.”

When asked if she was nervous about starring in an Indian film called Qatil Haseenaon Ke Naam, Gilani replied, “Never.” She went on to say, “I have half-Indian ancestry in my family.” As a child, I was exposed to various Indian traditions. To worry that “Oh, as a celebrity, it would affect me; people would not look so kindly toward me” is a ridiculous thought. The situation would still be fine even if they hadn’t. Ultimately, you have had the best of times during your 18 years of service to this country.

To which she elaborated, “Now is the time to broaden your horizons, and there’s no reason not to because you’re not bringing shame to your profession.” In fact, all you’re doing is helping to disseminate across national boundaries the kind of acceptance, love, stories, and narratives that are desperately needed.

In addition, Gilani stressed, “I am an activist, and I think part of my motivation stems from the belief that, “Hey, I’m a woman, I’ve got a brain and a mouth, so let’s talk.” It is crucial that we do not put art in such narrow categories, for that is not its proper home. It’s perfect for the tens of thousands of homes where dreamers gather to contemplate alternate realities.

Gilani made a remark about how art defies categorization, saying, “Some people do understand.” “Ki yaar koi masla nahi hai, jeene do logo ko jis tarah jeena chahte hai” is understood by the vast majority (“There is no problem; let people live the way they want to”). “The people who hold this view, however, have ulterior motives.” Then she went on, “They’re permanently placed in positions of influence.” “Not everyone has to see things your way, and it’s okay if only 5% of 10,000 people don’t feel a connection to what you’re saying.”

Sajjad Ahmed - March 17, 2020
On Sunday, several film associations mutually announced that all film and television-related shooting will stop from March 19 to March 31 owing to the...