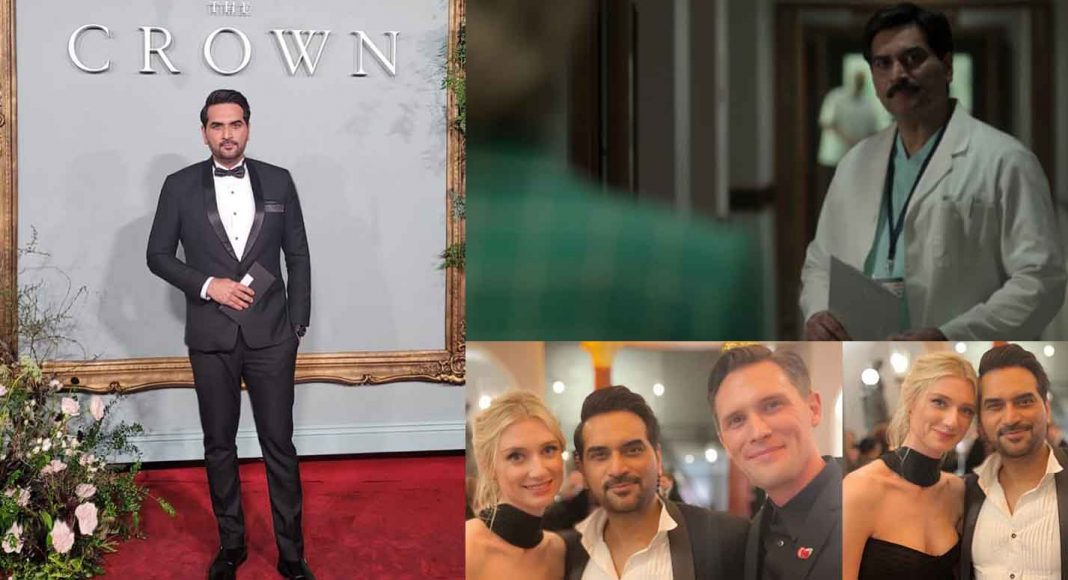 The actor's performance as Dr. Hasnat in the popular Netflix series has raised the bar for actors in Pakistan.

After making his international debut in Netflix’s The Crown as Dr. Hasnat Khan, the love interest of Diana, Humayun Saeed has become quite the celebrity. Fans and celebrities alike have taken to social media to praise the actor in Meray Paas Tum Ho for his role.

Many famous people, including Momina Mustehsan, Adnan Siddiqui, and Mira Sethi, have praised his “natural” talent. Mushtehsan said that Saeed’s description of the relationship was “beautiful,” and Siddiqui said that “all of Pakistan is basking in Saeed’s glory.”

Despite the show’s success, many have pointed out the hypocrisy of the public’s reaction to Saeed (a Pakistani actor) and Elizabeth Debicki (who plays Princess Diana) sharing “steamy scenes” on screen.

When Pakistani actresses kiss onscreen, they get criticized, but when a Pakistani man does it, no one cares, a fan said, pointing out the fact that men and women are treated differently in the entertainment business. It’s sickening to see how hypocritical we can be.

One fan took a more objective stance, urging viewers not to be “so surprised” by the “intimate scene.” They emphasised how things have “changed in Pakistan” and that this is all an act. Why are we taken aback by Saeed’s bedroom antics? It was incredible how much had shifted in Pakistan. Thank goodness it’s a role that requires public performance in front of an audience. The user speculated that “people are doing all kinds of things behind closed doors.”

I only saw snippets of Saeed’s scenes in The Crown, but from what I saw, he was perfect in every way. A quiet, charming, and incredibly human connection exists between him and Debicki, and it’s beautiful to watch. You did a fantastic job, as one user put it.

Malala Yousafzai and her family pay a visit to the Dubai...