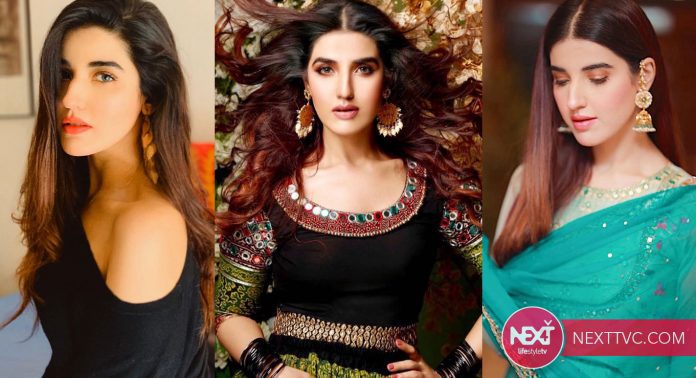 Actress and producer Hareem Farooq have been announced as the host, along with an exciting solo performance, for the first Pakistan International Screen Awards (PISA) scheduled to be held in Dubai on Feb 7th, 2020.

After becoming the first female celebrity to host Pakistan Super League (PSL) in 2018, and having hosted the Hum Awards for two consecutive years, the talented star is not a new name in the hosting game, however, this is the first time Hareem Farooq will be doing a solo performance on stage at an awards function.

“I am really excited to be a part of this great platform, and I am sure it is going to be an amazing night for the Pakistani entertainment industry.,” stated Hareem Farooq, who is also nominated in the best actress category for her role in the 2019 flick “Heer Maan Ja”. “I am also honored by the recognition PISA has given to our film Heer Maan Ja, which is also nominated in 5 award categories.” she further added.

The PISA awards are set to take place at the Coca Cola arena in Dubai on 7th February 2020.

Hareem Farooq is a leading Pakistani actress and model who began her career in 2012 with the theatre play “Pawnay 14 August” and “Aangan Terha”. She made her big-screen debut with a leading role in the 2013 thriller film “Siyaah” and has been garnering praises ever since. After a successful acting career, the star went on to co-produce “Janaan” in 2016 followed by the 2018 blockbuster “Parchi”, and the recently released “Heer Maan Ja”. She has also starred in famous dramas including “Diyar-e-Dil”, “Main Khayal Hoon Kisi Aur Ka”, “Mere Humdum Mere Dost” and more.