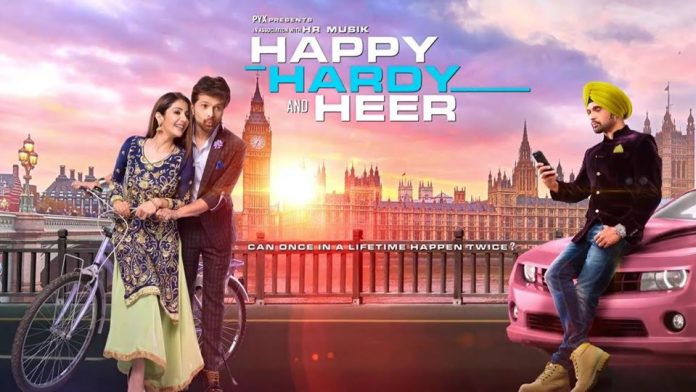 Himesh Reshammiya is all set to mark his comeback on the celluloid with his upcoming film Happy Hardy and Heer. The music composer and singer made his debut in Bollywood with 2008 film Karzzzz and received a warm welcome from the fans. After featuring in films like Kajraare, Xpose and Tera Suroor, Himesh will soon be seen returning on the silver screen with Happy Hardy and Heer. The makers of the Himesh Reshammiya and Sonia Mann starrer released the trailer of the film today where the actor is seen featuring in a double role. Himesh ditches his usual black cap as he dons a turban to play a Sikh character named Happy while he opts for a dapper look when he becomes Hardy, a stylish musician.

The trailer opens with Happy and his childhood love Heer share a couple of cute moments. Happy is in awe of Heer but has entered the friendzone. He is madly in love with her but Heer falls for his lookalike. The lovestory advances at multiple exotic locations abroad as seen in the trailer with Ranu Mondal’s song Teri Meri Kahani playing in the background. The singer tasted stardom after a video of her singing at the railway station went viral and Himesh Reshammiya gave her her first break. We also hear Himesh Reshammiya’s popular track Aashiqui Mein Teri play next when Hardy enters the scene.