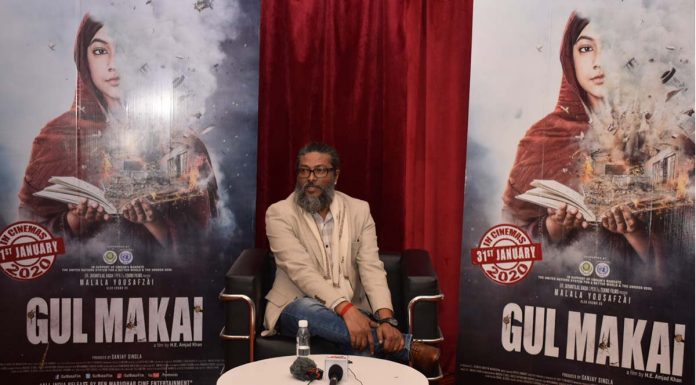 Gul Makai is a biographical drama , directed by H.E. Amjad Khan and researched and written by Bhaswati Chakrabarty. The film is based on the life and struggle of a Pakistani teenager, girl-education activist and Nobel Peace Prize winner, Malala Yousafzai.

Present at the event, H.E. Amjad spoke about the reason behind making Gul Makai, ” Gul Makai is a story based on the life of Young girl Malala Yousafzaiwhen she was 9 years old. The small girl stood against the Taliban when they had 2 lakh ton RDX and dangerous ammunitions with them. Her spirit of fighting at such a young age inspired me to make this film and I wanted her story to reach out to the maximum people.”