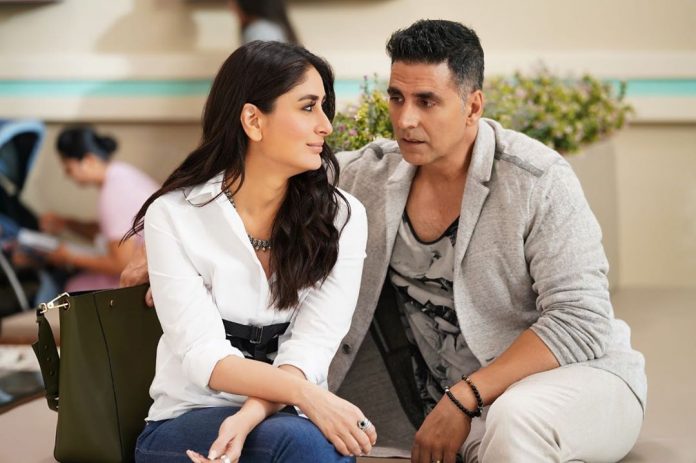 Talking about Good Newwz, the film stars Akshay Kumar, Kareena Kapoor Khan, Kiara Advani and Diljit Dosanjh in lead roles, and the film is slated to release on December.

Post Ajnabee and Aitraaz, Akshay Kumar and Kareena Kapoor Khan are soon going to share screen space in Raj Mehta’s Good Newwz and as we speak, Akshay and Bebo are busy with the promotions of the film which is set to hit the screens on December 27, 2019.

Now ever since the trailer of Good Newwz has dropped online, fans are supremely excited to see Bebo and Akshay romance on screen and during a recent interview, when this Khiladi actor was asked to assess the career graph of Bebo from the time they started out, Akshay said that Kareena is like fine wine and she only gets better with every passing day.

As soon as Akshay compared Kareena to wine, Bebo interjected as she said that this complement comes from a man who has never tasted wine. “I know what wine tastes like because I have it. He doesn’t have all this,” said Bebo. Thereafter, Akshay Kumar says that he is not that simple as he has tasted wine in the past. Also, Akshay praised Kareena as he said that looking at her choice of films, Bebo has always played roles on her own terms and she has always been a risk-taker.

Talking about Good Newwz, the film stars Akshay Kumar, Kareena Kapoor Khan, Kiara Advani and Diljit Dosanjh in lead roles, and the film is slated to release on December 27 and it is directed by a debutant director, Raj Mehta. Good Newwz is based on the concept of IVF and how the lives of Akshay-Kareena and Diljit-Kiara cross paths when their sperms get exchanged via undergoing the IVF process.