First Special PIA Flight For Stranded Pakistanis in The US 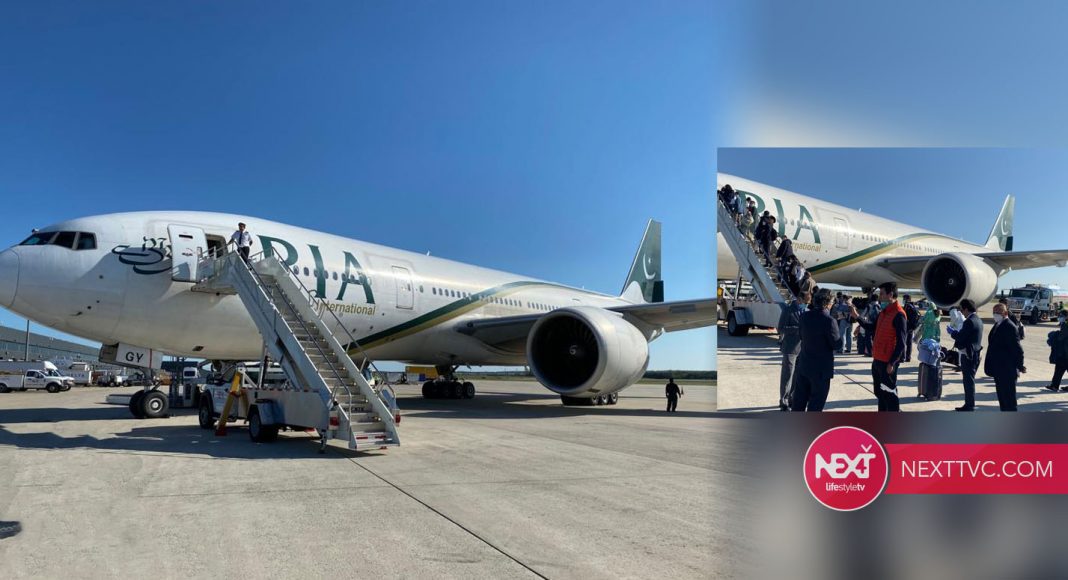 Washington DC: A special charter flight arranged by the Government of Pakistan in collaboration with the Pakistan International Airlines (PIA) for repatriation of stranded Pakistanis left with around 200 passengers today from Dulles International Airport (IAD), Washington DC. This is the first of six special charter flights being arranged by the Government for the safe return of our stranded citizens in the United States. 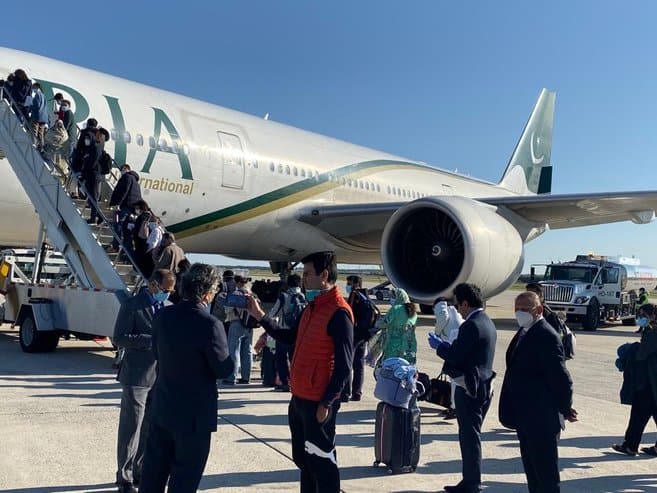 Meanwhile, a US special charter flight will be taking around 150 Pakistani students, who had been in the United States on various US-sponsored exchange programs, back to Pakistan on 11 May. Earlier, a number of stranded Pakistanis in the United States were able to return to Pakistan using Qatar Airways flights allowed especially by the Government. 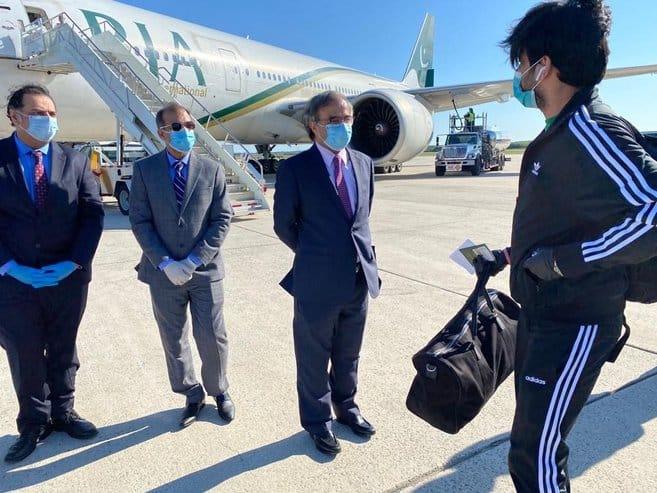 Pakistan’s Ambassador to the United States, Dr. Asad Majeed Khan, was present at Dulles Airport to oversee arrangements for the inaugural flight and to bid farewell to passengers.

Speaking on the occasion, Ambassador Khan said that repatriation of stranded Pakistanis is a top priority for the Government of Pakistan. The Pakistan Embassy in Washington and its Consulates in the United States will continue to take all possible measures to ensure the safe and early return of all the Pakistanis desirous of returning home amid the coronavirus outbreak. The helplines set up by the Embassy and its Consulates for the facilitation of stranded Pakistan would also continue to function till such time that all of them have been repatriated.

The second special charter flight for Karachi on 13 May 2020 will also depart from Washington (IAD).  The third special flight to Lahore will operate from Newark Airport, New Jersey. The Government of Pakistan will also operate three more flights from the U.S. for repatriation of Pakistani citizens. Dates, cities of origin, and destinations in Pakistan will be announced in due course of time.