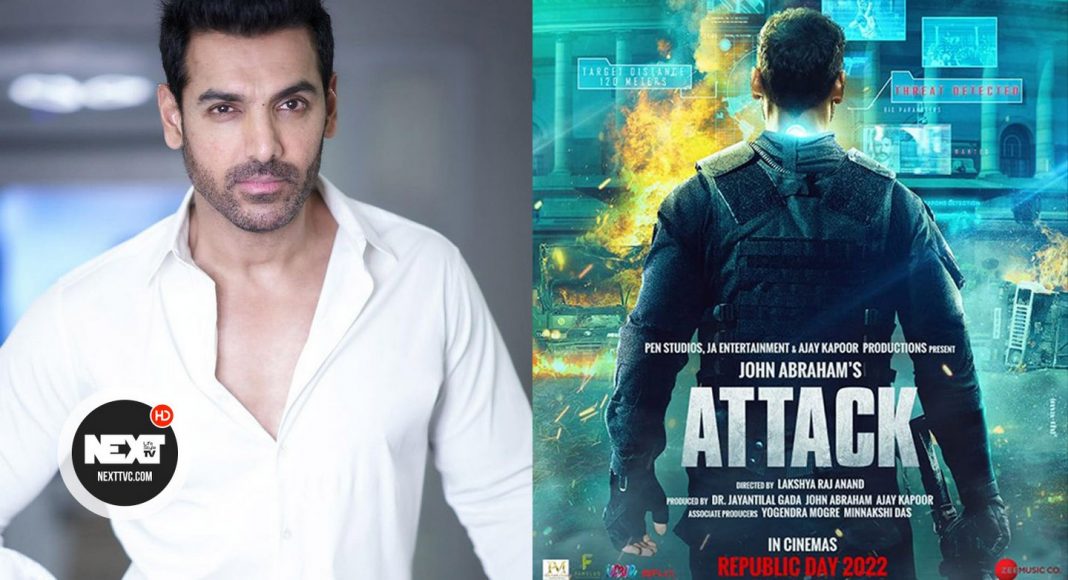 The film starring John Abraham Around Republic Day 2022, Attack will be released. Unfortunately, the country was overrun by the third wave of Covid-19 because to the fast spread of the Omicron strain. As a result, all films slated to be released in December and January 2022 have been postponed indefinitely. This contained films such as Jersey, RRR, Radhe Shyam, and Prithviraj, in addition to Attack.

“The film’s release date is set for February 25, 2022, according to the producers. However, it will be contingent on the opening of theaters in Delhi and Haryana’s major cities, as well as the lifting of night curfews in the majority of the major states.”

“It’s clear that the third wave is now gentler and shorter than the prior two waves.” In most large cities, the rate of hospitalization has been quite low, and instances are gradually progressively dropping.

As a result, most states are likely to relax their limits in February. Attack’s creators believe that February 25th would be an excellent release date because night curfews would be obsolete by then, and most governments would be running at full capacity. The teaser has received positive feedback, and the trade believes it has a potential to succeed at the box office, particularly in mass areas.”

“The Rajkummar Rao-Bhumi Pednekar starrer Badhaai Do will premiere on February 11 and will initiate the process of films re-releasing in theaters,” the statement continued. Aside from Attack and Badhaai Do, a few additional films are expected to be released in February. As a result, the creators of Attack will consider this issue when deciding on a release date. Before the end of January, a clearer picture will emerge, since the loosening of rules for the month of February will be out for the various states.”

“The month of March, too, would witness multiple releases,” the insider continued.