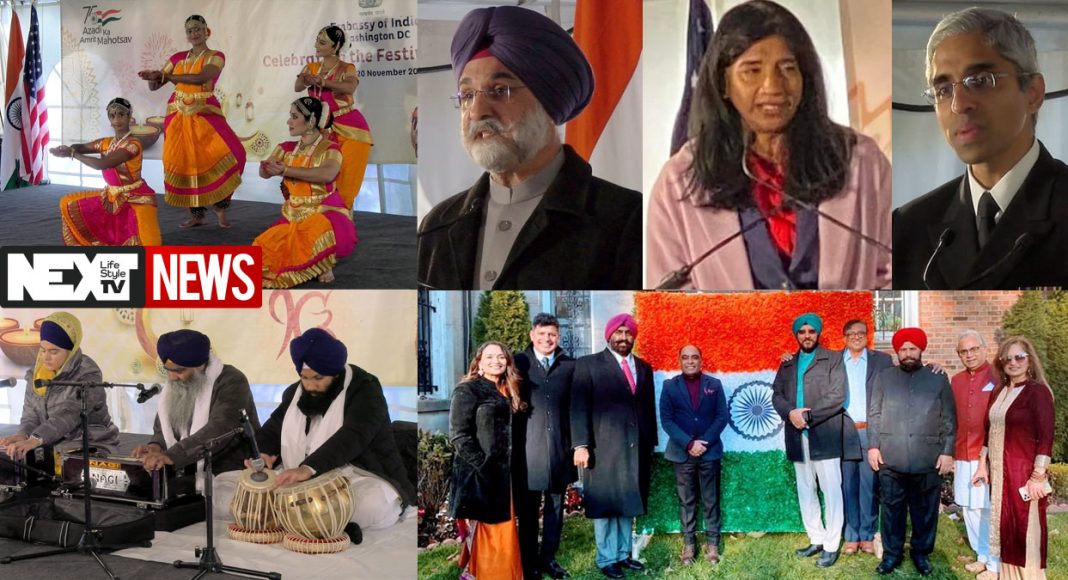 The Indian ambassador to the United States, Taranjit Singh Sandhu, hosted an event with the theme “Festive Season” at India House in Washington, District of Columbia. Sikhs of America’s Chairman Jasdip Singh Jesse, President Kamaljit Singh Soni, and Vice President Baljinder Singh Shami were all present at the occasion, along with members of the American Sikh community.

Kirtan singing served as the opening act for the evening. Ambassador While he was welcoming everyone, Taranjit Singh Sandhu gave a lengthy speech about the love that exists between all of the many communities that are found in India. He spoke about the development that is taking place in India at this moment and mentioned that the GDP is increasing day by day and that India is earning pride in the eyes of the rest of the globe. On this particular occasion, Maryland Lieutenant Governor-Elect Aruna Miller, of Indian descent, and Dr. Vivek Boorti, the United States Surgeon General, both lauded the initiative the Indian Embassy took.

Additionally, distinguished guests from the administration of President Joe Biden were present at this occasion.

The attendees had nothing but kind words to say about Mr. Anshul Sharma’s efforts, who works as the Cultural Minister of the Indian Embassy in the United States. Mr. Sharma was a big contributor to the success of the event. The fact that the event was such a massive success despite the chilly weather and that attendees were served hot drinks, baked goods, and lunch should be brought to the reader’s notice. In addition, the fact that the event was a big success despite the frigid temperatures.