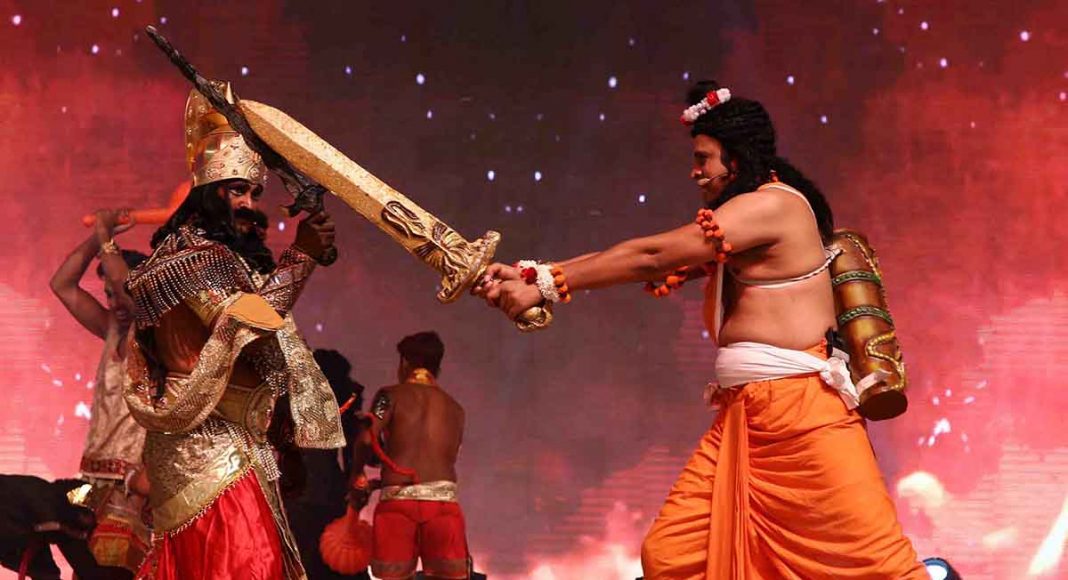 On Sunday, the eighth day of Luv Kush Ramleela being organized by the world-famous Lavkush Ramlila Committee at the Lal Quila Ground, 15 August, the Leela staged a battle between the messengers of Sri Ram and Ravana. Under this, the slaying of Ghrama Rakshasa was first staged, after which Vrajat Raksha was also killed. Ravana boils in anger after his two demons are killed. In this way, Ravana sent his demon to the battlefield but Ashwakarna is also killed along with the accident. But, when Prahst is also killed and Ravana got defeated and sends Meghnad to the battlefield.

After that Ravana himself comes to the battlefield and Kumbhakarna is also awakened from sleep. After communicating with Ravana, Kumbhakarna comes to the battlefield, but he is also killed, which makes Ravana very sad and distraught.Here, Lakshmana disrupts the yagna being performed by Meghnad, which causes Meghnad to become enraged and challenge Laxman for war. All these episodes got a beautiful staging.Sunday’s Leela featured Avatar Gill as Ravana, Gagan Malik as Sriram, Mohit as Laxman, Anjana Singh as Sita, etc., showcasing rainbow acting.