Zahid Qureshi is a United States Magistrate Judge for the U.S. District Court for the District of New Jersey, a position he was appointed to in 2019.

“It is remarkable and as a Pakistani American this is a moment to celebrate, Dr. Mubashar Choudry said in a statement.”

President Biden nominated 10 individuals to serve as Federal Circuit and District Court judges, and one individual to serve as a Superior Court Judge for the District of Columbia.

“These highly-qualified candidates reflect the President’s deeply-held conviction that the federal bench should reflect the full diversity of the American people – both in the background and in professional experience, White House said in a press statement.

Praising President Biden’s selection Dr. Mubashar was of the view that these diverse nominations are a bold step toward ensuring impartial justice for all Americans.

“More diversity in the judicial system is a need of the hour, we need to bring people closer to each other”, said Dr. Mubashar.

Prior to his appointment, Judge Quraishi was a partner at Riker Danzig where he chaired the firm’s White Collar Criminal Defense and Investigations Group and served as his firm’s first Chief Diversity Officer.

Earlier in his career, Judge Quraishi worked in private practice and clerked for Judge Edwin H. Stern, of the Superior Court of New Jersey, Appellate Division, from 2000 to 2001.

Judge Quraishi received his J.D. in 2000 from Rutgers Law School – Newark and his B.A. in 1997 from John Jay College of Criminal Justice. 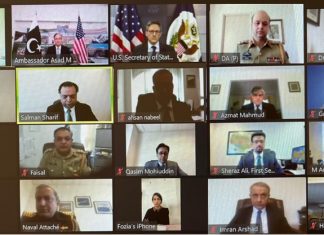