“Deep Singh Shaheed, the Man in the Legend”, was launched at the Indian Embassy in Washington DC. 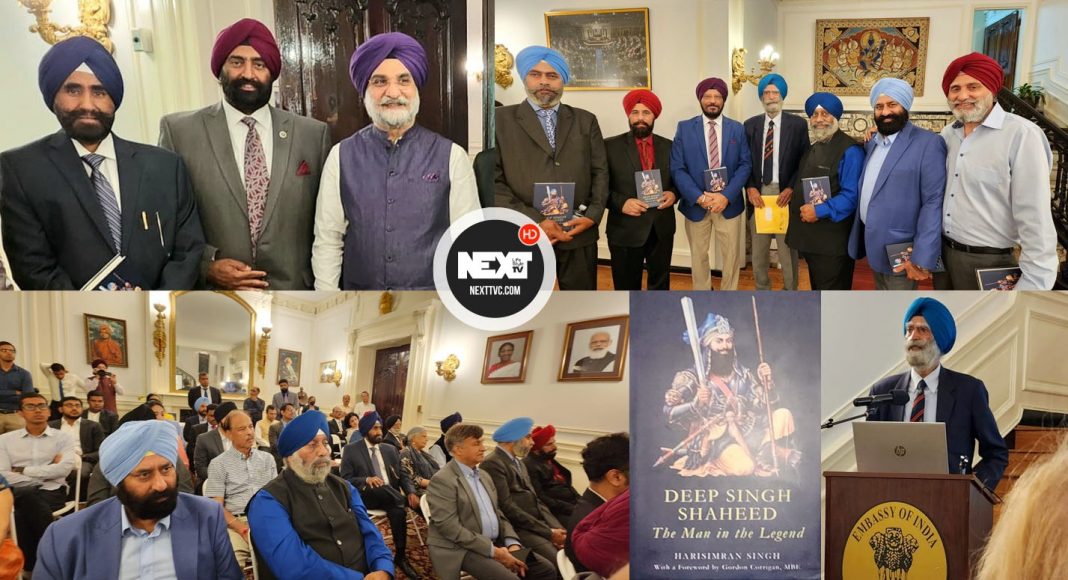 The book launch for Rt. Col. Harisimran Singh’s “Deep Singh Shaheed, the Man in the Legend”, took place at the Indian Embassy.

After presenting the book to the public, Indian Ambassador Sr. Taranjit Singh Sandhu gave a speech in which he noted that despite the rise of social media, books are still considered a symbol of integrity and expertise. Publishing works like Rt. helps guarantee that our glorious past will be remembered for years. Sincere best wishes to Colonel Harisimran Singh on the release of Lok Arpit.

After hearing Colonel Harisimran Singh’s presentation, we are determined to do everything in our power to spread the word about this book and its critical message on behalf of Sikhs across the United States, as stated by Sikhs of America Chairman Jasdip Singh Jesse.

Ret. Colonel Harisimran Singh, the book’s author, gave a talk in which he explained that he authored the book so that future generations would know everything there is to know about Baba Deep Singh Ji Shaheed, the great warrior of the Sikh community. Can He’s happy that his book was featured at a high-profile event at the Indian Embassy in Washington, DC, and he hopes that the publicity will encourage people to seek out and read the book. The visitors from the Indian Embassy were finally offered tea and water.

Representatives from the Sikh community in the US were there, including their leader Jasdip Singh Jesse, Baljinder (Shammi) Singh, Gurvinder Sethi, Inderjit Singh Gujral, Dilveer Singh, Ratan Singh, Hari Raj Singh, and Harjit Chandok, were in attendance.