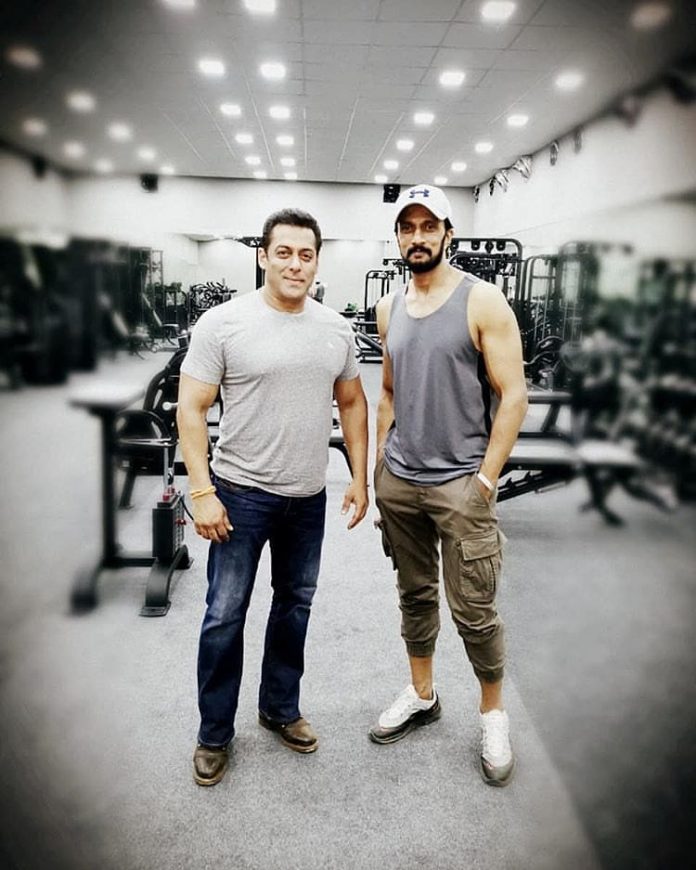 One of the highly anticipated films of the year is Dabangg 3. With Salman Khan returning as police officer Chulbul Pandey, the fans are super stoked to see him in his quirky avatar. This time around South star Kiccha Sudeep will be facing off Salman as the villain. As the actor began shooting the climax sequence, he revealed some interesting details on Twitter.

Sudeep took to Twitter and wrote: “Climax shoot for Dabangg3 has been very hectic yet a great experience.” He further added that a massive set was erected for the climax shoot. “Bare body fight against Salman Khan is the least I had ever thought of doing, ever. Yeah I do carry a little confidence today and I’m enjoying it,” he wrote.

Climax shoot for #Dabangg3 has been very hectic yet a great experience. Huge set n a Humongous Team.
Bare body Fight against @BeingSalmanKhan is the least I had ever thought of doin,, everrrr😁.
Yeah I do carry a Lil confidence today,, n I'm njoying it 😊🥂.

The climax sequence was shot in Dahisar, Mumbai, according to media reports.

The first schedule of the film was wrapped up in Maheshwar, Madhya Pradesh. Through the course of the shoot, several pictures and videos from the sets in Ahilya Fort were shared online.

Dabangg 3 is slated for Christmas release and will hit screens on December 20. The film was previously expected to clash with Ranbir Kapoor and Alia Bhatt starrer Brahmastra, which has now been postponed to 2020.

Dabangg 3 will also mark the return of Arbaaz Khan as Makhanchand Pandey (Makkhi). Arbaaz had directed Dabangg 2 while the first film was directed by Abhinav Kashyap.

Meanwhile, Sudeep has a slew of releases in Kannada this year. His most awaited action thriller Pailwan is gearing up for release soon. He has also essayed a crucial role in megastar Chiranjeevi starrer Sye Raa Narasimha Reddy.