Carry Minati is back after a long hiatus and it was worth the wait for all his fans. The Indian YouTuber has released his rap song Yalgaar thereby hitting back at those who targeted him.

Popular Indian YouTuber Carry Minati has been grabbing headlines for some time and all of us know the reason behind the same. Carry aka Ajay Nager had shared a roast video titled YouTube vs TikTok that instantly went viral. However, the video was taken down by the streaming giant after claiming that it has violated YouTube’s terms of service. This was followed by many other controversies that included people lashing out at the YouTuber for targeting certain sections of society.

However, according to a few people, the video was taken down because Carry had taken a jibe at Amir Siddiqui, a popular TikTok user. Needless to say, the YouTuber himself expressed his anguish about the same through Instagram a few days back. Now, after a long hiatus, Carry Minati is back and this time it’s not a roast video but a rap song titled ‘Yalgaar.’ He begins the video with his iconic dialogue ‘Toh Kaise Hai Aap Log.’ Post that he begins pouring out his emotions in the form of a rap song.

The song starts with ‘Ek Kahaani Hai Jo Sabko Sunani Hai’ and post that Carry narrates his version of the story and how people targeted him and tried to stop him in various ways. He once again takes an indirect jibe at Amir Siddiqui and calls him out for playing the victim card. The YouTuber also lashes out at a few other people who have betrayed him. He ends the video with the ‘Carry Roast Karega’ tag meaning it’s showtime again

What could be more exciting and make you say wow, than a soft romantic musical album in blend with gilts, glam and fashion. Glam...
Read more
Bollywood

After back to back critically acclaimed projects, a successful foray at singing, the multitalented Anoushay Abbasi, is now taken to sports hosting, as...
Read more 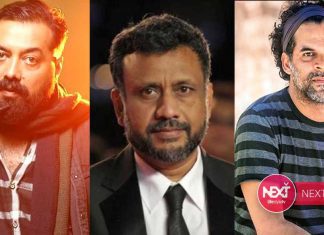 Sajjad Ahmed - March 17, 2020 0
On Sunday, several film associations mutually announced that all film and television-related shooting will stop from March 19 to March 31 owing to the...