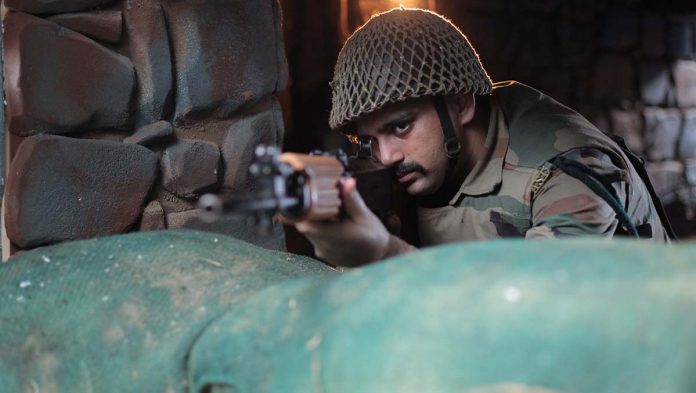 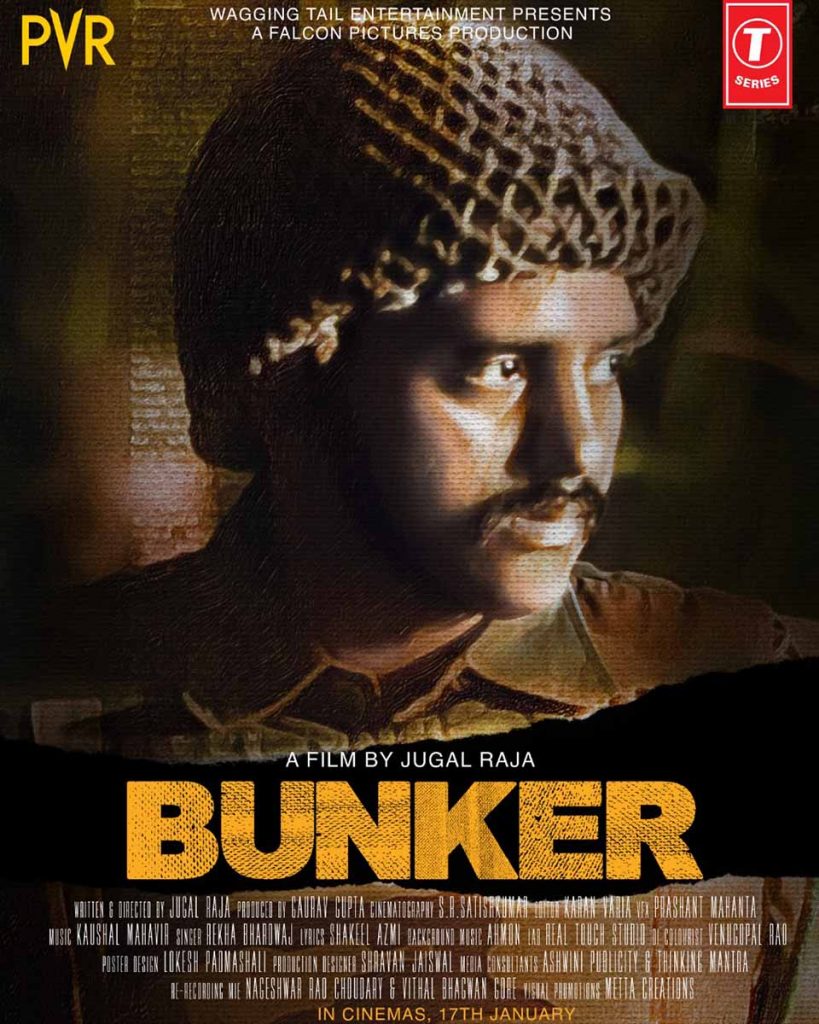 Every soldier has a story to tell but he has to restrain his feelings and emotions. The soon to be released and India’s first Anti-War movie Bunker is aimed to bring the stories of million soldiers to the masses. Director Jugal Raja’s Bunker tells one such story of Lieutenant Vikram Singh (Played by actor Abhijeet Singh) as a lone survivor with a fatal injury in a secret Bunker at the LOC in Poonch, Jammu, which has been hit by a mortar shell during a ceasefire violation. The film has been showcased in numerous film festivals and was widely applauded. In a philanthropic move, the makers of the film have announced 100% of the profits being donated to Bharat Ke Veer and Army Wives Welfare Association (AWWA) as an homage to our armed forces

95% of Bunker shot in a 12 by 8 feet Bunker in a record 5 days. Bunker here is used as a metaphor for a soldier’s mind which is always at conflict with the thought of having to stay away from family and duty towards the country, and it will definitely give you a feel of patriotism. 96% of the soldiers feel discussing mental health or accepting any mental health problems holds a big stigma. There are approximately 1.4 million soldiers in India and 100 soldiers have committed suicide every year since 2003. The film brings up important issues like Mental Health, Inter-Personal Relationships between Army families and how a soldier and his family pay the ultimate price for cross border tensions.

Writer-Director Jugal Raja shared, “Rajnikant and Mani Ratnam have been my biggest influences in choosing a career in Bollywood. The bunker is my tribute to the iconic movie Roza. With Bunker, I have tried to make an “Anti-War” movie which is relevant in today’s age of unrest all over the world”. He further added, “The movie brings out the emotional quotient of an Army Soldiers’s life. It draws instances from the lives of several army officers and depicts a biography of millions of souls serving our country.”

Lead Actor Abhijeet Singh shared, “I underwent a strict regime while prepping for the movie. The character of Vikram Singh is like every other soldier which one can relate, making it human and organic”. He also had his déjà vu moment when the news came out of the incident that took place with Wg Cdr Abhinandan whose aircraft was shot down in an aerial dogfight and held captive in Pakistan for 60 hours. Speaking about his déjà vu experience, Abhijeet Singh shares, “Bunker was shot in 2018, nearly 3 months before the fateful incident of Wg Cdr Abhinandan. When I first saw Wg Cdr Abhinandan’s images surface the internet, it was like looking in a mirror. I could relate to the situation of captivity, my entire look and the feel of the movie”

National Award Winning singer Rekha Bhardwaj has also lent her voice for a heartfelt rendition, a peace anthem “Laut Ke Ghar Jaana Hai”, which is an integral part of the narrative.