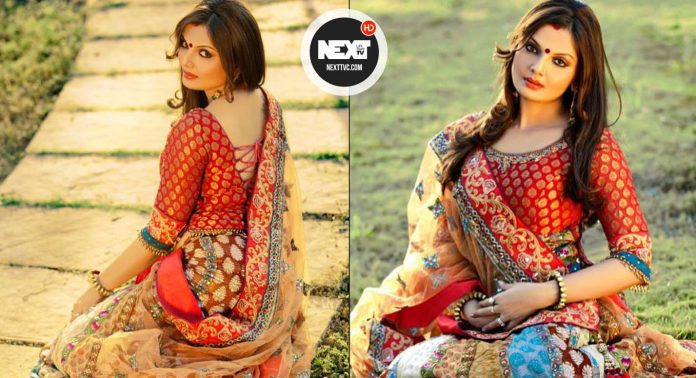 After a long contented acting career in films and television, actor Deepshikha Nagpal was thrilled to finally get a chance to explore her roots in UP. The ‘Koyla’ actor for the first time, shot in Lucknow for the film ‘The Prayag Raj’ being directed by Anish Sharon Khan.

“My father was from Agra and it’s this Hindi connect that helped in my career. Living in Mumbai and having Gujarati mother, I got a chance to speak both the languages at home. It’s for the first time I got to shoot here and I just love the Hindi spoken in this part of the world,” said the ‘Yeh Dooriyan’ actor-director.

Deepshikha plays actor Mukesh Tiwari wife in the film. “It’s a political drama and I’m playing a ‘dabangg’ wife of this politician. I have done many negative roles before but this is surely different with an interesting lingo — ‘Yahan par aap gussa bhi ho jaao to samne wale ko bura nahi lagta hai’.”

Sporting mask and sunglasses, Deepshikha went on a ride to explore Lucknow like never before. “I took peddle and e-rickshaw rides, savoured makkhan-malai and went on a shopping spree in Chowk. Though, I have been there for shows and have my rakhi brothers in Lucknow and Kanpur but this time it was a different fun experience altogether.”

She was last seen in Vikram Bhatt’s film ‘Maya 3’ and the TV show ‘Main Bhi Ardhangni’. Besides, she also shot for a thriller web-series ‘Kaun’ with Sushant Singh.

Talking more about the series, she said, “It’s is for a new platform with a subject based in UP and Bihar but we have shot for it in Mumbai post-lockdown. Then ‘The Prayag Raj’ came my way with an opportunity to shoot in Lucknow, the new shooting hub.” Back in Mumbai, Deepshikha is looking forward to come back for her second schedule.