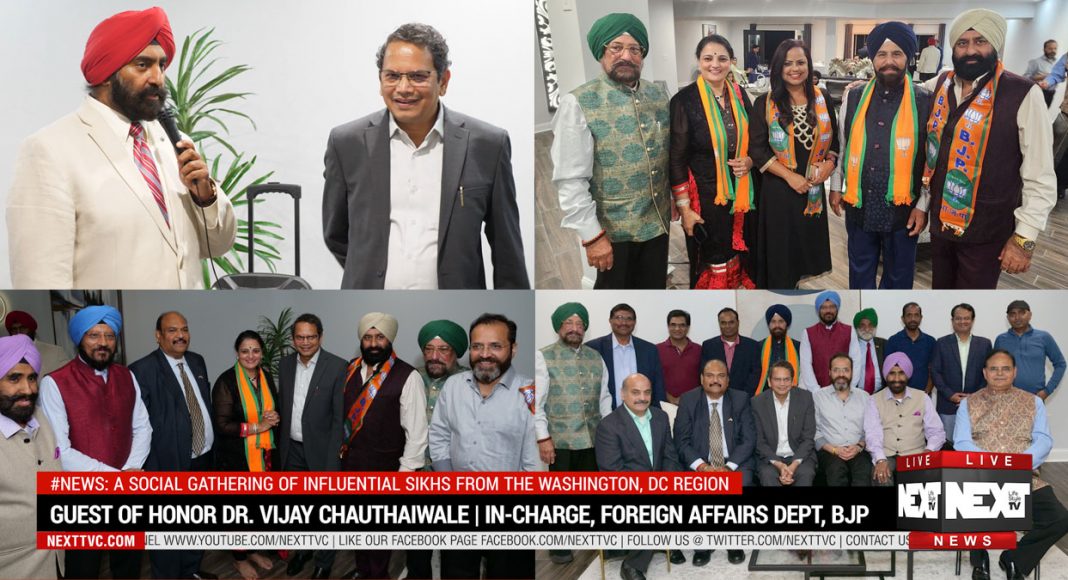 A discussion was held between Dr. Vijay Chauthaiwale, head of the Department of Foreign Affairs for the Bharatiya Janata Party in India, and a group of senior Sikh elders from the Washington, DC, region.

At the house where Jasdip Singh Jesse was hosting, the distinguished guest of honor was Dr. Vijay Chauthaiwale. A gathering of notable Sikh leaders from the Greater Washington, District of Columbia region participated in the event.

There were frank discussions about the political climate worldwide on this particular day. As he was listing the accomplishments of the federal government in India that Prime Minister Narendra Modi heads, Dr. Vijay Charitawala said that the dignity and respect of Indians living in other countries have improved during the time Mr. Modi has been in office. On this occasion, notable leaders from the United States, including Ratan Singh, Gurwinder Singh Sethi, Mrs. Raj Saini, and Anjana Bordoloi, declared their decision to join the Bharatiya Janata Party (BJP), which Dr. Vijay Charitawala leads.

All the guests had a good time at the dinner Jasdip Singh Jesse hosted.