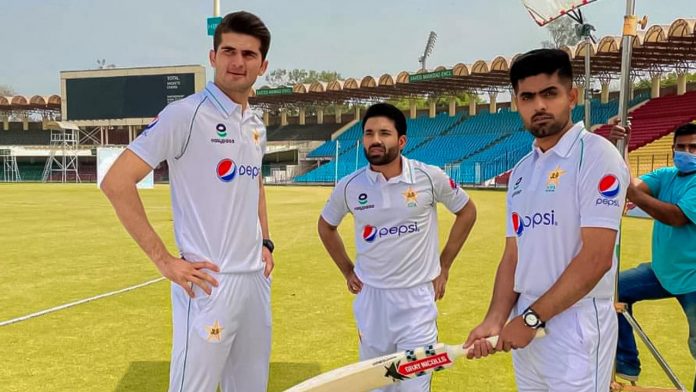 Australia Tour of Pakistan : The Pakistan Cricket Board (PCB) has announced the Test team for the upcoming series against Australia.

PCB has named a Test team of 16 players and five reserves for the forthcoming home series against Australia, which begins in Pakistan on February 28.

All three Test matches against Australia will be held at Rawalpindi (4-8 March), Karachi (12-16 March), and Lahore (21-25 March), according to an announcement from the Pakistan Cricket Board (PCB).

After the Bangladesh trip, the Pakistan Cricket Board (PCB) has announced three changes to the national Test team.

Off-spinner Bilal Asif has been replaced by Haris Rauf, who played in the 2021 Test series against South Africa and Zimbabwe. Shan Masood, who last played for New Zealand in the 2020-21 Test series, has taken Abid Ali’s spot as he recovers from an Acute Coronary Syndrome diagnosis. The reserve pool now includes Yasir Shah as well.

Test players who are not participating in the Pakistan Super League season 7 will convene in Karachi next Wednesday, February 16, to participate in a training camp at the National Stadium Karachi, the Pakistan Cricket Board (PCB) informed.

First time in 24 years that Australia will go to Pakistan for an international tour.

This will be Australian cricket’s first visit to Pakistan since November 1998, according to the Pakistan Cricket Board (PCB). Three Tests, three One-Day Internationals, and one Twenty20 International will be played in March and April of 2022.

The ICC Men’s Cricket World Cup Super League is a 13-team tournament from which the top seven countries, including the host nation India, will qualify directly for the 2023 event. The tests will be part of the ICC World Test Championship.

Umer Butt and Jannat Mirza have amicably split, according to Butt....

Veteran actor Adnan Siddiqui is known for his unvarnished opinions on...