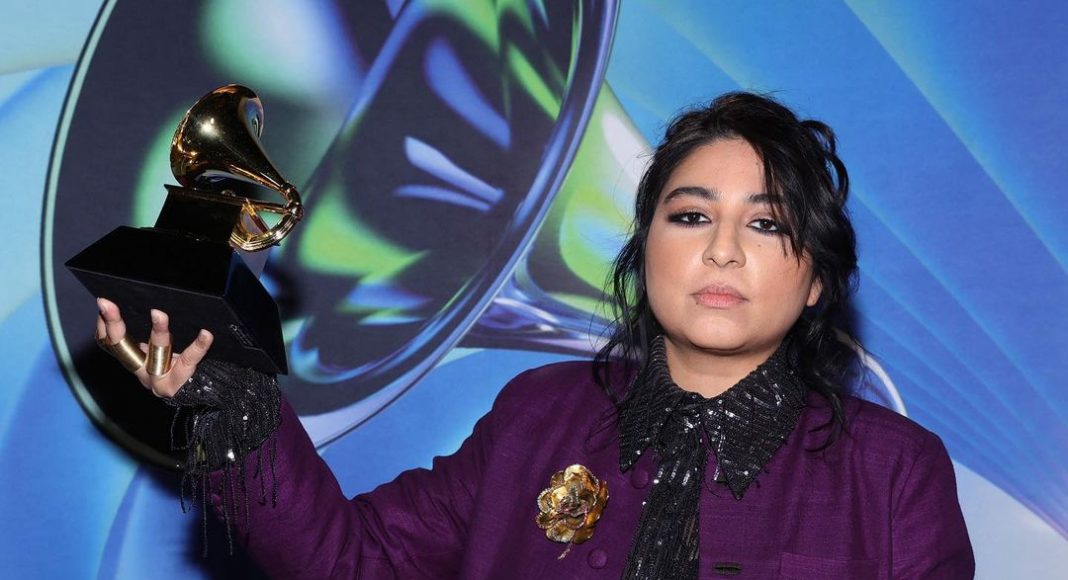 A native New Yorker who has made the city her home for the last 15 years, the 37-year-old has progressively gained recognition throughout the world for her music, which incorporates ancient Sufi traditions with folk, jazz, and minimalist influences.
She’s also nominated for Best New Artist, which will be awarded at the main Grammy show on Sunday night.

Backstage at the pre-gala event, when the great majority of prizes are presented, the singer told media, “I am beyond happy.” “It’s wonderful,” he says.
Throughout the day, I’ve felt apprehensive.

It seems like we’re off to a great start. Aftab was raised in Lahore, Pakistan, by Pakistani parents, before moving to Boston to attend Berklee College of Music, where she studied music production and engineering.

As a result of Barack Obama’s inclusion of the song “Mohabbat” on his 2021 Summer Favorites list, she garnered even more exposure for her third studio album “Vulture Prince.”At Lincoln Center, the Museum of Modern Art, and The Brooklyn Steel in 2018, Aftab played as an opening act for Mitski.

As the Grammy Awards approached, Aftab spoke with AFP about her fellow nominees for Best New Artist, which included Olivia Rodrigo and rappers Saweetie and The Kid Laroi, among others.They are all very chill, she remarked. “It’s like being on a winning team,” she said.

Sajjad Ahmed - September 17, 2020
A day after celebrating his 70th birthday, PM Modi has responded to birthday wishes from celebs and thanked them for their wishes. However, some...