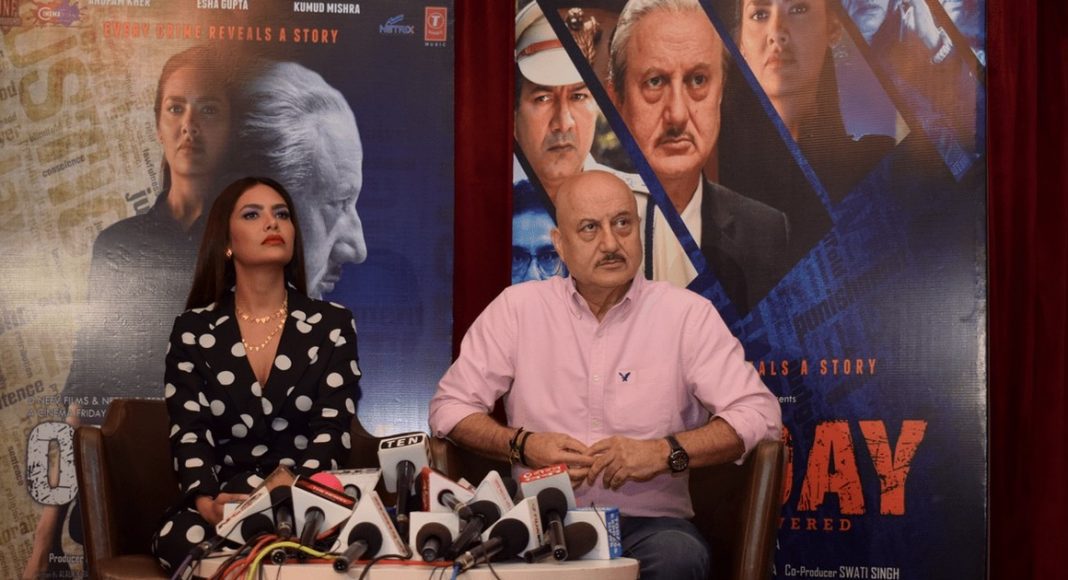 The upcoming movie is produced by Ketan Patel and Swati Singh. It focuses on the investigation and strategies followed by a crime branch special officer to solve the mystery of missing high profile persons.

Present at the event, actor Anupam Kher said ” My role in the movie is of a retired judge, who once was bound to pass an untruthful judgment and release the criminals because of lack of evidence. Later, when he retires and realize that what he did was wrong he goes back to find those criminals and torture them to admit their crime.” When asked about Zaira Waseem Instagram post on leaving Bollywood fraternity, he quoted ” I feel sad that a 16-year-old girl has taken such decision, on the other hand, we speak about women empowerment in the country.

Anyways, that was her personal choice and it’s our fundamental right to choose what we want in our life. And the fact she has gone out and said that I am doing it for religion, it has given a certain amount of tilt to her decision.”

Also, the film is very special to me as I am sitting next to my mentor, Mr. Anupam Kher as co-star which feels great and I learned a lot from him during the shoot as well.”