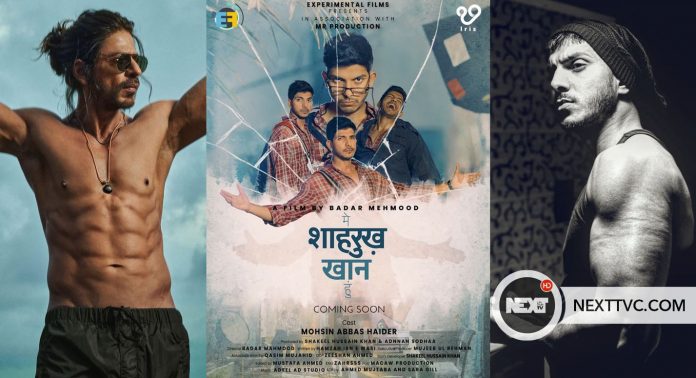 The short film Main Shahrukh Khan Hoon will feature Mohsin Abbas Haider as five different characters. He recently posted a picture of the movie’s poster on his Instagram account.

A Pakistani actor, Mohsin Abbas Haider, will portray Shah Rukh Khan in a short film that will be released soon. An ambitious actor who is a huge fan of Shah Rukh Khan stars in the film Main Shahrukh Khan Hoon. In the past, it was claimed that the film was based on the life of Pathaan’s star. The short film, which will soon be available on an OTT platform, features Mohsin playing five personalities.

His next short film, Main Shah Rukh Khan Hoon, was recently shared on Instagram by Mohsin Abbas Haider with the caption “Finally Sharing The Poster of One Of My Personal Favorite Project as an Actor.”

The Shahrukh Khan Hoon Is Here. My role in this short film was to portray five different characters. “The Project of a Lifetime for Any Actor.

In the past, it was said that Main Shahrukh Khan Hoon was a biopic of SRK. “This is not SRK’s biopic, this is the story of an ambitious actor who wants to make it big and has lofty goals,” Mohsin stated in an interview with TheCurrent.pk. Shah Rukh is a huge fan of the young youngster. SRK’s acting career is the focus of the story.

As soon as it is available to stream, Shakeel Hussain and Adnan Sodhaa will premiere Main Shahrukh Khan, directed by Badar Mehmood, on their respective digital platforms.