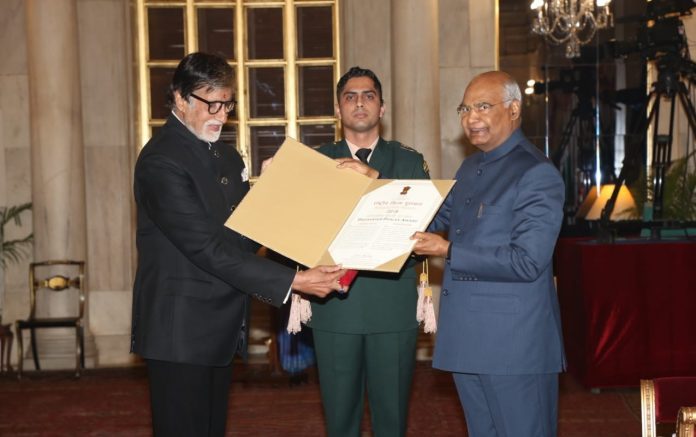 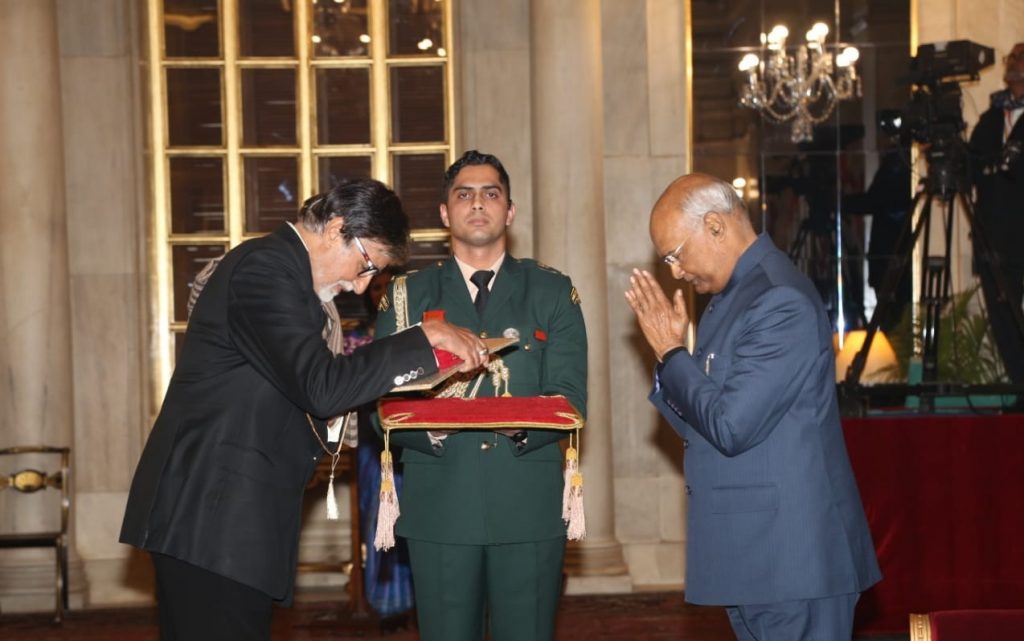 Amitabh Bachchan was honoured with the prestigious Dada Saheb Phalke Award on Sunday, 29 December, by President Ram Nath Kovind. The legendary actor was present in New Delhi’s Rashtrapati Bhavan for the award ceremony along with his family members. Wife Jaya Bachchan and son Abhishek Bachchan accompanied Amitabh Bachchan as he was awarded India’s highest film honor in the national capital. The veteran actor had to skip this year’s National Film Awards ceremony, which took place last week, due to health issues. 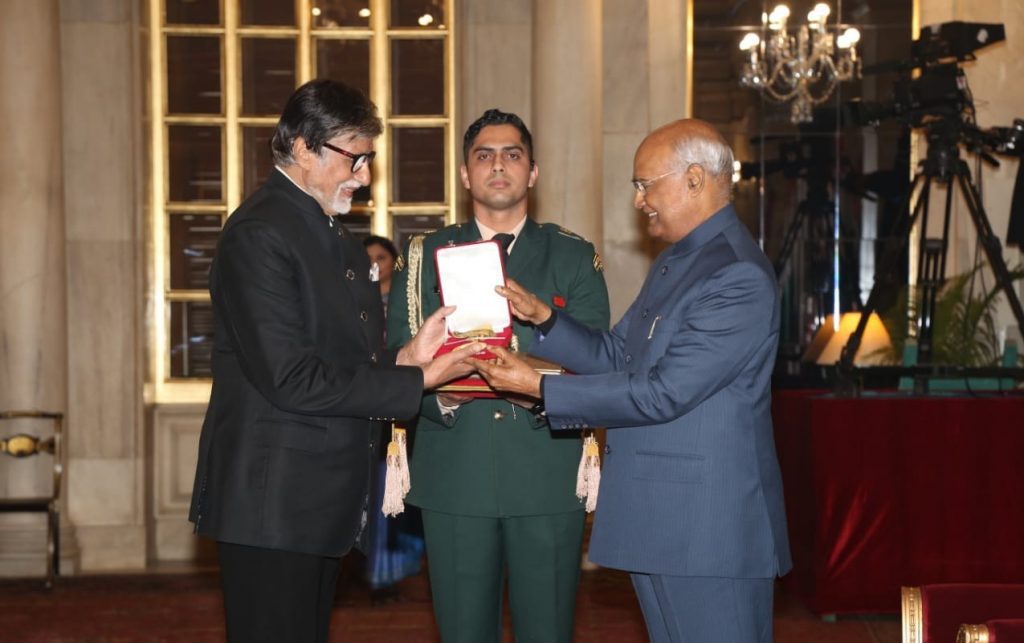 On receiving the award, Amitabh Bachchan also took to the stage and acknowledged the gesture. In Hindi he said, “Jab iss puruskar ki ghoshna hui to mere mann mein ek sandeh utha. Ki kya kahin ye sanket hai mere liye ki bhai sahab aapne bahut kaam kar liya, ab ghar baith ke aaram kar lijiye. Kyunki abhi bhi thoda kaam baki hai jise mujhe poora karna hai.” (When the award was announced, I had a doubt in my mind. Is this a signal stating that you have worked a lot and now I need to sit at home. Because I still have some unfulfilled work that needs to be completed). 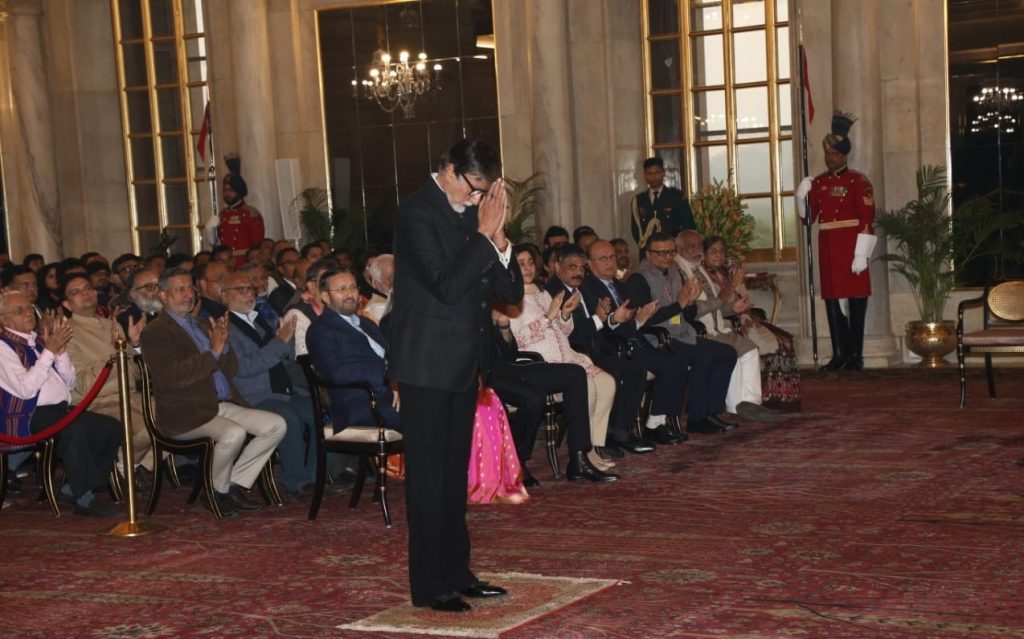 Back in September, Union Minister Prakash Javadekar had tweeted that Big B will be receiving the prestigious award. “The legend Amitabh Bachchan who entertained and inspired for 2 generations has been selected unanimously for Dada Sahab Phalke Award. The entire country and the international community is happy. My heartiest congratulations to him,” Javadekar had tweeted.

Amitabh Bachchan has had a great year at the box office as he was seen in Badla alongside Taapsee Pannu. The actor also hosted this season’s Kaun Banega Crorepati. He has an exciting line up of films like Gulabo Sitabo, Chehre and Jhund, in the pipeline.