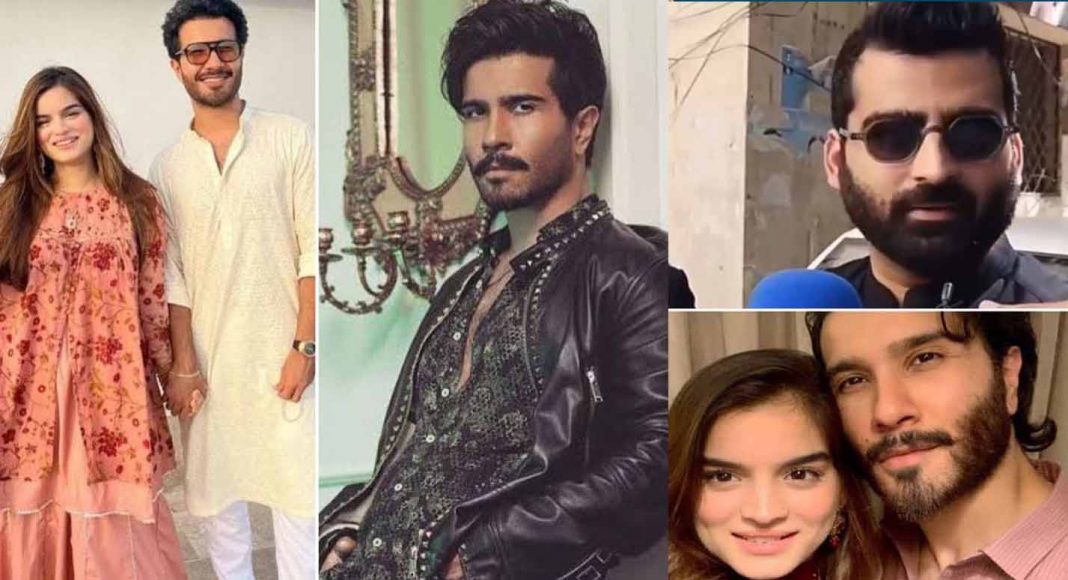 According to the latter, there are many more images and documents that have not been made public.

The legal team for actor Feroze Khan has filed a complaint against his ex-wife, Aliza Sultan, accusing her of submitting “fabricated evidence” in the ongoing child custody and domestic abuse lawsuits. For his part, Aliza’s brother has voiced his displeasure, saying, “There are plenty of images and documents that we do not intend to display.”

Feroze Khan’s attorney told the media that the leaked records are “void” and “do not stand for anything in Feroze’s legal battle against his ex-wife.” On Tuesday, when the Family Court East first started considering custody and support cases, Khan’s lawyer submitted the petition. While speaking to the media, he said that Aliza and her attorney had presented “fake documents” to the court in order to conceal the fact that she had been married to Feroze and had not reported him to the police.

Ahsan Raza, Aliza’s brother, also made his first public comments to the press after the hearing. He wasn’t happy with Feroze’s legal team for accusing the evidence of being fabricated. He said, “We have a lot of pictures and papers that we don’t want to show.” “We also did not want to show earlier images, but they were included in a court filing and had to be disclosed.”

Following Feroze Khan’s latest appeal, the court has scheduled November 5 as the date for the oral argument and set November 29 as the new date for the child custody hearing. Aliza announced their separation and divorce via an Instagram post in September, in which she accused Feroze of “domestic assault.” Recent reports have stated that Khaani’s actor has “vehemently refuted” the allegations and is now seeking legal redress.

Sajjad Ahmed - July 15, 2020
Islamabad: Pakistan has turned its green ambitions into reality by achieving UN Climate Action Sustainable Development Goal (SDG-13) a decade ahead of the 2030...