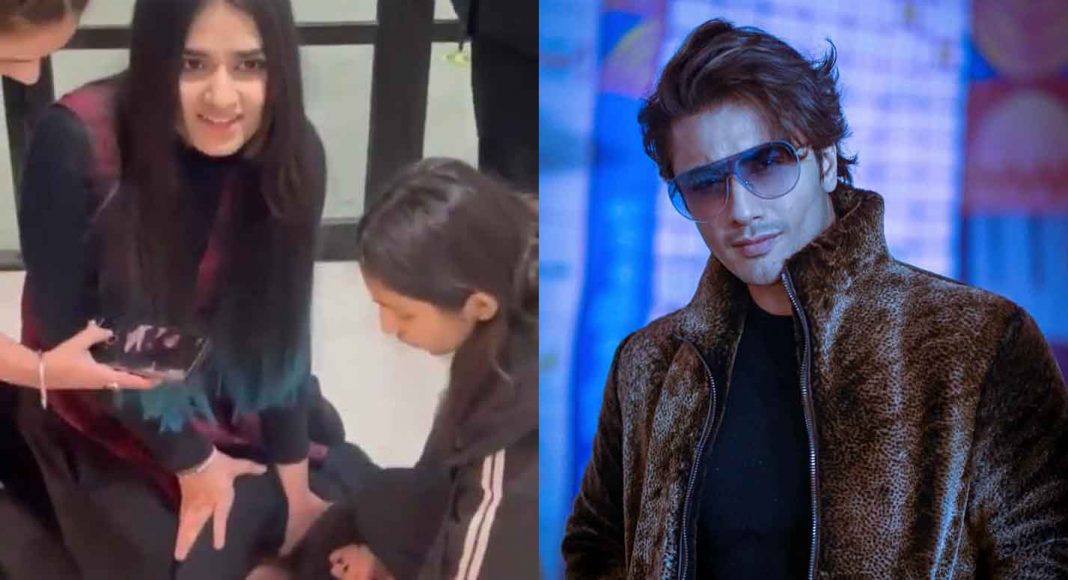 A famous singer condemns student violence against its victims, saying bullying must be addressed.

“I watched a girl being bullied. I don’t want to share the video because I think the bullies deserve a chance to learn and grow, but bullying needs to be addressed “in a Twitter thread.”

“We’ve all experienced bullying in some form. NCA’s admission interview was my first memory of bullying. “I was middle-class and had a portfolio of large paintings,” Ali said.
The famous singer offered to model for a shoot after being spotted in the PC lobby. “The shoot bleached and burgundy-dyed my hair.” He gave me his double-breasted checked jacket for the admission interview to “continue.”

“A girl who sat next to me, probably a year older, made fun of my hair and jacket. She used her privilege to humiliate me before the interview. Her words stuck.

After the interview, he said a group of girls asked him to sing. “You say you sing. “Sing or…” the group said.

That’s why I’m sharing this very personal story for the first time – to help raise awareness on this issue so we can put an end to the culture of bullying, which can have lasting trauma effects regardless of whether it is verbal or physical. But for that we also must …

“We became friends, but some of them mocked me throughout college.” One of them spread false rumors, including one about me and a close friend having an affair, which was particularly damaging to the girl.”Many college graduates understand this dynamic and politics,” Ali said.

The musician said he was teased for not having a proper English accent or fashionable clothes for the rest of college. “They also called me “skilled” instead of “creative” to denigrate my art.” However, when a malicious campaign was launched against me a few years ago, they couldn’t help but continue doing what they did best in college: character assassination and bullying. Continued. I’m sharing this very personal story for the first time to help end the culture of bullying, which can cause lasting trauma, whether it’s verbal or physical. To properly address it, we must also understand a bully’s mindset and motivations. To change this behavior, we need to know why it occurs.

Ali said bully psychology is complex. “They may seek power and control over others out of insecurity or low self-esteem.” Bullying may also be a way for them to reclaim power after a trauma. They have no empathy for their victims. Thus, we must all recognize the importance of parents and teachers instilling compassion, care, and empathy in children until age 8.”

Parenting, mental health, drugs & alcohol, abuse, school surveillance, safety, elitism, power, trauma & so much more 😤 There is so much to unpack with the way our society raises + protects criminals while silencing victims. My heart breaks for the #ScarsdaleSchool incident 1/4

He advised schools to adopt a clear bullying policy with consequences, train teachers and staff to recognize bullying and foster a culture that encourages students to report bullying.

“They can provide counseling for bullying victims, hold anti-bullying assemblies, and monitor school social media.” “Cameras in and outside classrooms, corridors, etc. are also needed.”

Ali said that regardless of what schools do, parents have a big responsibility. “Urdu uses a golden word.” Tarbiyyat. Poori tawajah ki tarbiyat bachon ki tarbiyat. They require attention. They must want your love “concluded.”