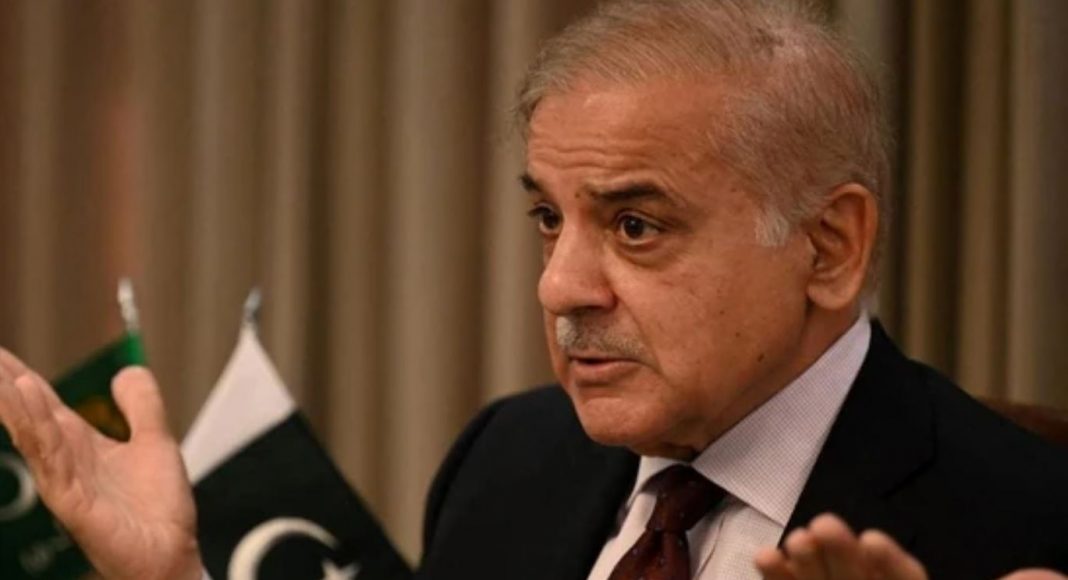 It was on Monday that Prime Minister Shehbaz Sharif said that Pakistan’s growth has begun after four years of stagnation under Pakistan Tehreek-e Insaf.

Mr. Khattak added that as a member of Pakistan’s coalition government, he was obligated to expedite the execution of any projects that had been postponed or put on hold for the benefit of Pakistan’s citizens.

When Shehbaz Sharif became prime minister, the Islamabad Metro Bus Service project suffered a major delay and was opened within five days of his arrival.

PM Shehbaz said that the project was a gift from Nawaz Sharif to the citizens of Islamabad in order to provide them with a better transportation option.

In order to minimize costs from Rs 16 billion to Rs 12 billion, he lamented that the Islamabad route plan had to be lowered suddenly, which he stated had resulted in a significant loss for the project’s realization.

Despite the fact that the Pakistan Tehreek-e-Insaf administration had the development funding necessary to execute public welfare projects, he said that the desire to serve the people was absent.

Lahore, Rawalpindi and Multan were among the cities where the Pakistan Muslim League administration initiated public transportation projects during its previous term.

He brought up the fact that the PTI administration has, regretfully, relied on court-issued stay orders to put important public projects on hold.

Courts found no evidence of wrongdoing in the Orange Line project’s study, he claimed, citing just a few minor issues.

PM Shehbaz Sharif remarked that the national economy suffered greatly during the PTI administration, and that even defense expenditures were funded by debt.

Chinese leaders have always stood behind Pakistan in all international forums, he said, calling China a wonderful ally who has stuck with Pakistan throughout history.

For this, he thanked Chinese President Xi Jinping, saying that the China-Pakistan Economic Corridor (CPEC) has been a game-changer for Pakistan’s economy.

For the sake of the metropolis’s residents, he pleaded with China to join Pakistan in building Karachi Circular Railway.

He praised Turkey for its assistance since Pakistan’s creation and remembered that the Muslims of the subcontinent had also backed Turkey’s liberation.

According to Shehbaz Sharif, 15 buses from the Punjab Mass Transit Authority, Rawalpindi, would be transferred to the Islamabad metro system as a temporary measure until the new fleet was in place.

The holy month of Ramazan will be marked by the introduction of a free metro bus service.

Engineer Farkhand Iqbal, the chairman of the Capital Development Authority, stated that on the orders of Prime Minister Shehbaz Sharif, the CDA and National Highway had been able to begin the project within five days.

In addition to the four buses that serve as the airport shuttle, he indicated that 15 buses with orange skin will be used on the route in cooperation with a Turkish business.

There had been some progress, he claimed, but only if the prime minister gave the go-ahead for its opening.

There will soon be a smartphone app that will allow people to get on the buses every five minutes and take the shuttle every 25 minutes, he added. It is expected that the blue line bus would begin operating on the Rawat-Islamabad Airport route within the next several months.

He then boarded the bus and rode together with the Turkish ambassador, the Chinese charge d’affaires in Pakistan, and legislators like Mohsin Dawar, Ali Wazir, Marriyum Aurangzeb, Hanif Abbasi, and others to celebrate the opening of the newly inaugurated route.

The orange skin of the Islamabad metro vehicle will serve as a route identification code. About 6-8 minutes will be needed to go from NHA to N5 station and about 25-30 minutes to get from N5 to the airport through NHA. An 11-mile section of roadway will be used for the shuttle service.