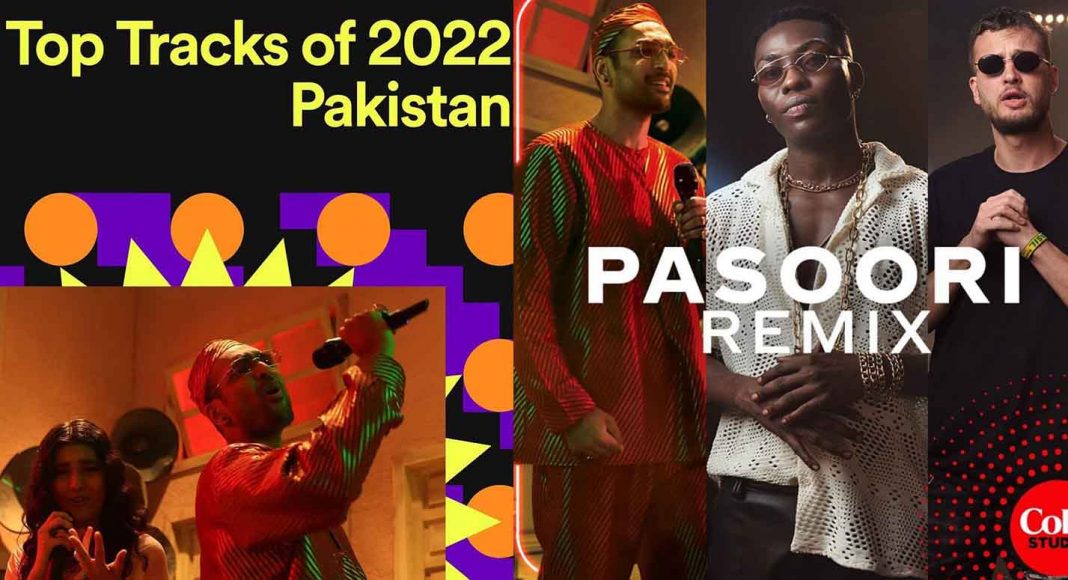 According to Google, Pasoori will be the most-searched song of 2022, surpassing Butter by BTS.

Google has released its Year in Search 2022 Global Trends report. This list summarises the year’s major search trends on the ubiquitous search platform. Google has compiled lists of the top 10 searched items across various categories, such as celebrities, movies, and current events.

Several songs from India and Pakistan have made it to the top of the charts. The Coke Studio hit Pasoori by Ali Sethi and Shae Gill has become the most Googled song in the world in the Hum to Search category this year, surpassing even Butter by BTS. Sethi and Xulfi, the former EP lead singer and producer for Coke Studio, thanked their fans online.

“I owe an infinite amount of gratitude to the entire cosmos.” “I can’t do it,” Xulfi disclosed while sharing a newspaper clipping via social media. “Also, I simply don’t have enough words to express my gratitude to the people of this world.” “Your Coke Studio’s Pasoori became the most-Googled song in the world in 2022 thanks to your love, attention, and kindness.”

The Waqt Crooner continued by saying that the song was better than the one by BTS, writing, “It’s surreal to think that BTS is so highly regarded that they’ve made it to number two.” We did some background reading on the band before the season began. One of my favourite bands, Imagine Dragons, is also included. Incredibly incredible. “The team deserves congratulations.”

Global audiences have responded positively to the 14th season of Coke Studio, which has been hailed for its innovative approach to the long-running series. In the year that Zulfiqar Jabbar Khan (Xulfi) was king, there was one song that completely blew everyone away. Pasoori, written by Sethi and Gill, went global, winning over fans everywhere.

On Instagram in October, the Pasoori hitmaker broke the news. He wrote on Instagram with screenshots of the write-up attached, “Proud to be included in the 2022 Time 100 Next list that too with a write-up from guru Amitav Ghosh.” “[In] this old-world portrait of me by Umar Nadeeem, I am wearing ZN ALI and looking pyaar-se [lovingly] at the pre-colonial past,” the singer continued.

The acclaimed writer claims that Sethi’s “gift” is that he can “challenge and expand the notions of gender, sexuality, and belonging” through the ancient music of the classical ragas. Later, he elaborates, saying, “Pasoori is a virtuoso demonstration of how artists can, in subtle ways, subvert the restrictions that are being imposed upon them by new forms of authoritarianism and intolerance.”

Web Desk - January 18, 2019
https://youtu.be/DYYtuKyMtY8 As one might expect, it didn’t take long for Marvel’s most devoted to dissecting the Spider-Man: Far From Home trailer frame by frame. The...