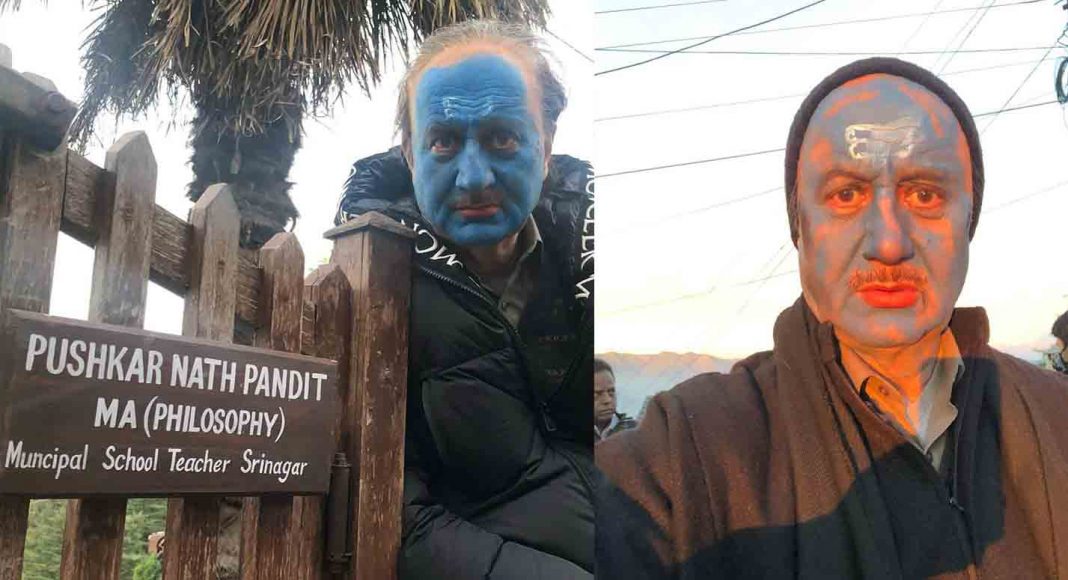 According to Anupam, the Oscar potential of “The Kashmir Files” is “a slap in the face to those who called it propaganda.”

A chapter of the 1990 exodus and killings of Kashmir Pandits was brought to the big screen by the Vivek Agnihotri-directed film.

Indian actor Anupam Kher is sure of his Oscar-nominated film The Kashmir Files (2022) and sees it as a response to those who have questioned the truth of the film’s main subject.

The Kashmir Files, starring Mithun Chakraborty, Darshan Kumar, Pallavi Joshi, and Kher, introduced an episode in the cinematic retelling of the exodus and killings of Kashmiri Pandits in 1990. The film was commercially successful despite widespread accusations that it engaged in “propaganda” and distorted the truth.

Speaking to the Hindustan Times, Kher said that the criticism the film received for spreading “propaganda” made the genocide an even more “personal subject” for him.

It’s not a nomination; it’s a shortlist. However, the thousand-mile journey begins with the first step. You should feel very happy about this. He went on to say that the film’s recognition by the Academy was a testament to the “glory of Indian cinema” and that it told the story of “all those people who suffered because of the genocide.”

Kher elaborated on how he thinks the Academy Award is a response to the naysayers who claimed the film’s creators had fabricated historical events. People have been ignoring the genocide for 32 years. Upon hearing the news, most people pretended it never happened.

He said, “When the film was accepted by the people, certain people and certain elements tried to derail the genuineness of the film,” referring to the people who fought for the film’s ban and commented on how “trashy” it is. That’s a slap in their face, too. for the simple reason that I have faith that the truth will win out in the end. It’s good that this has happened, in my opinion.

Kher says that he and his co-stars finally feel vindicated because “the world” has spoken in favor of their film. “It wasn’t your typical successful film from both an artistic and financial standpoint. There have been many highs and lows throughout its history. It is an answer to those who called the film propaganda or an agenda film despite its commercial success; this is not to imply that we are obligated to defend the movie in response to such accusations. The global community, however, has provided them with the solution.

A meeting with Uunchai’s director, Vivek Agnihotri, is in the works so that the actor can discuss the next steps in promoting the film in the hopes of earning an Academy Award nomination. When we get down to it, we’ll figure out the best approach. Being partial to one’s own offspring is inevitable. In conclusion, he said, “I hope The Kashmir Files is nominated, but I’ll be just as pleased and proud if another of the Indian films that were considered is chosen instead.”

The list of 301 films that are eligible for Oscar nominations includes not only The Kashmir Files but also RRR, Gangubai Kathiawadi, Kantara, and Chhello Show (Last Film Show).

Sajjad Ahmed - June 17, 2019
mother Madhu Chopra shared a sweet picture of her with Nick Jonas and daughter Priyanka. Madhu in her Instagram post thanked both of them...