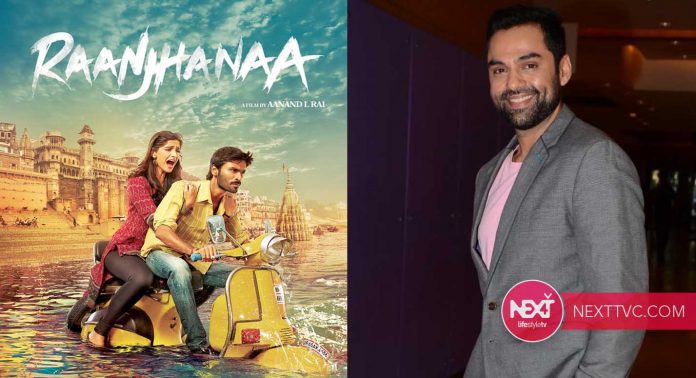 In the past couple of months, Abhay Deol has expressed his views on the industry, award shows, and how everything works due to lobbying. Now, he has slammed his own film Raanjhanaa starring Dhanush, Sonam Kapoor, and Swara Bhaskar for its regressive message.

Viewer spoke about the scene where a girl is being blamed for not reciprocating the feelings the same way the man does for her.  She wrote, “This scene does feel real though. Men who love the same woman, either fight over her or bond over their mutual betrayal. We have all heard and maybe even said things like ‘Her love made him a devdas’. There are so many people who face heartbreak and don’t turn self destructive. If you reject someone, why or how do you become responsible for the way they deal with that rejection? How a person deals with a heartbreak speaks less of the person who couldn’t love them back or even how deeply they felt for that person and more about what that heartbroken individual is made up of.”

Sharing the note, Abhay Deol took to Instagram to say, “Such clear and valid insight from @oldschoolrebel9 regarding the film Raanjhanaa. History will not look kindly at this film for its regressive message. It’s been a theme in Bollywood for decades, where a boy can (and should), pursue a girl until she relents. Only in cinema does she do that willfully. In reality we have seen time and again that it leads to sexual violence of some sort. Glorifying it on screen only leads to blaming the victim, as @oldschoolrebel9 explains it so brilliantly. Please do take time out to read her observations in the pics above. #shedoesnotlikeyou #growup #gloryfyingsexualharrasment.”

Directed by Aanand L Rai, Raanjhanaa released back in 2013.