Bhuvan Bam dropped the trailer of his first web series Dhindora on YouTube. The series starts streaming on October 14.

Bhuvan Bam, known for his YouTube channel BB Ki Vines, is all set to launch his debut web series. The show’s trailer dropped on Tuesday on his YouTube channel, which has over 20 million subscribers, and within hours, it became the #1 trending video on the website.

The trailer suggests that Dhindora is a comedy set in a middle-class household where one of the characters wins a lottery. Bhuvan, who has always shown his inclination towards acting, is playing nine characters in the web series. Most characters appearing here have previously been featured in Bhuvan’s videos. Anup Soni and Rajesh Tailag also feature in the trailer.

The series debuts on October 14 on YouTube. The eight-part comedy series will release episodes every Thursday. Dhindora has been directed by Himank Gaur and created by Bhuvan Bam.

following the official poster and Trailer launch of Bhuvan Bam’s first-ever web show Dhindora. The YouTube fraternity came together to support Bhuvan on his big day.

Have heard that @bhuvan_bam is the first content creator from India to make a show with all the characters he has created on his channel.

Makes me so happy to see young talent bringing new ideas for audiences. Wishing him all the best for #Dhindora !!@Rohitonweb @himankgaur pic.twitter.com/ncjyAfwrc3

The show’s official description reads, “Presenting BB Ki Vines’ first-ever web series ‘Dhindora’. This one-of-a-kind series has comedy, entertainment, and drama. Bhuvan’s life turns upside down after Babloo wins a lottery. Will the jackpot bring happiness or chaos in the lives of BB’s family? Join this roller coaster ride where we get to see the problems faced by a middle-class household.” 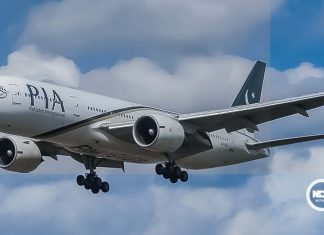