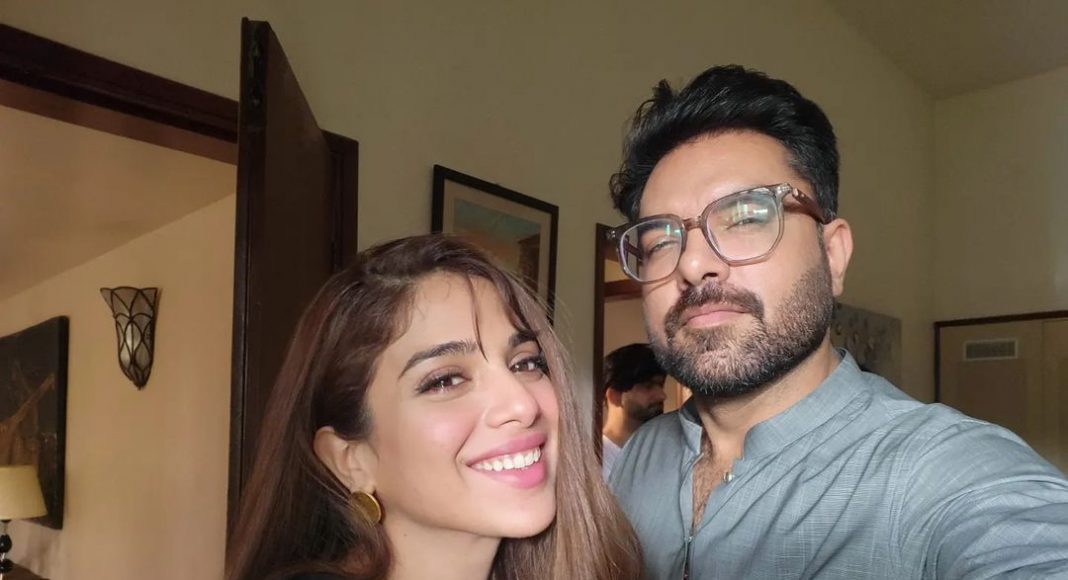 This Eid, you’ll have plenty of holiday stuff to enjoy, and the upcoming telefilm Siwaiyaan promises to make your Meethi Eid even sweeter. Siwaiyaan, starring Yasir Hussain and Sonya Hussyn, is a situational comedy with enough mystery aspects to keep its audience engaged till the conclusion.

The story of Siwaiyaan focuses around a couple whose families are visiting for Eid and are waiting for some ostensibly good news. While the families expect the pair to announce they’re having a kid, the real news they want to share is that they’re divorcing. Interspersed with this is a murder mystery, in which there are apparently a couple of dead in the house that the couple is attempting to conceal — all during the Eid festivities.

The telefilm also stars Nayyar Ejaz, Zeba Shehnaz, Saifee Hasan, and Hina Rizvi, in addition to Yasir and Sonya. Hussain compared the plot to theatre plays when discussing it. “, he explained.

“I’ve been involved in theatre for a long time, and I’m essentially a theatre performer.” The way Ray Cooney’s plays combine a murder mystery with situational comedy is largely influenced by this piece. The majority of the telefilms produced here are focused on wordplay comedy or slapstick.”

“After a long time, I finally found something different in this script, and I usually like to work with new directors, such as Khizar Idrees.” Bilal Atif Khan, the telefilm’s director, is also fantastic and knowledgeable, and I had a great time working with him.”

Siwaiyaan, produced by Big Bang Entertainment, is his second collaboration with Hussain through this company. He revealed,

“Big Bang Entertainment has a high production value. I collaborated with the firm on a telefilm called Help Me Durdana about three or four years ago. And, unlike many others, I was startled to learn how good this production house is. I also don’t do a lot of television; in the last twelve years, I’ve only done four drama serials, so I don’t know much about production firms. Big Bang Entertainment, though, has been the greatest of those I’ve dealt with.”

Sajjad Ahmed - February 25, 2021
WhatsApp on Thursday renewed its commitment to privacy as the Facebook-owned company celebrated its 12th anniversary. The company also shared that more than two billion...