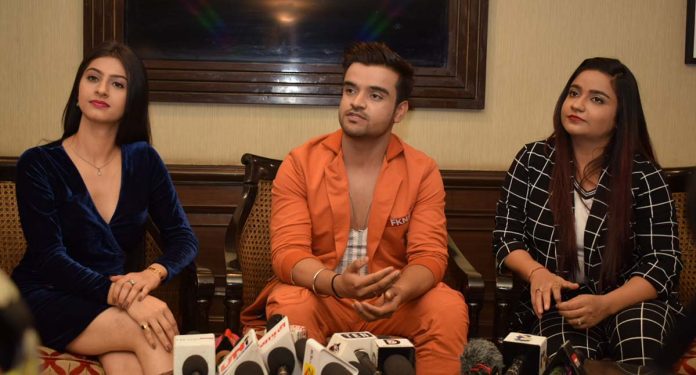 Today, newcomers Rahul Sharma and Yaashi Sharma along with the Singer Swati Sharma (Voice behind Banoo Tera Swag) came to Delhi for the promotions of their upcoming movie X-Ray: The Inner Image. The event was held at PVR Plaza, Connaught Place.
X-ray
1 of 7

X-Ray: The Inner Image is an upcoming drama film based story of a young boy who faces emotional changes and dilemmas and the repercussions of the same. The movie is directed by  Rajiv S. Ruia and will be released on 29 November 2019.

While talking to media, Swati spoke that ” I did my debut with the song Banoo Tera Swagger and people appreciated me a lot but they thought that my voice is limited for a certain genre. With this movie I have tried to change that thought process, I have sung a song Jigliya for which I am receiving appreciation too”.