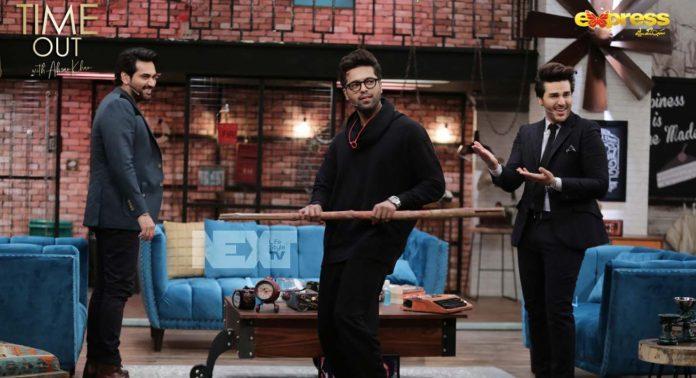 Time Out’ with Ahsan Khan is a show unlike any other, bringing the audience a night full of fun, laughter and all sorts of games never seen before in Pakistan. After hosting the popular show ‘Bol Nights’, Ahsan Khan has decided to surprise fans and colleagues with this new year gift, which airs every Saturday night at 9pm on Express Entertainment. 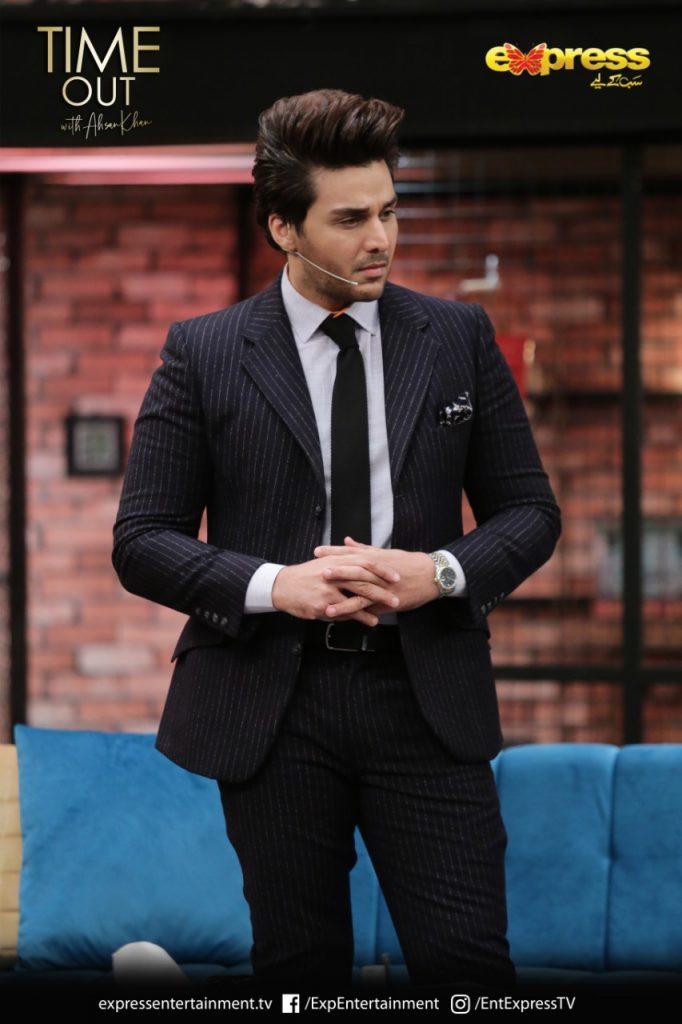 With activities enticing both the guests starring on the show and fans alike, Ahsan Khan has brought the country a something modern, new, different and relatable! We get to see celebrities in their true element, revealing things we never knew about! Ahsan Khan has invited friends and members of the media industry and managed to illicit all the juicy information the audience wants to hear! 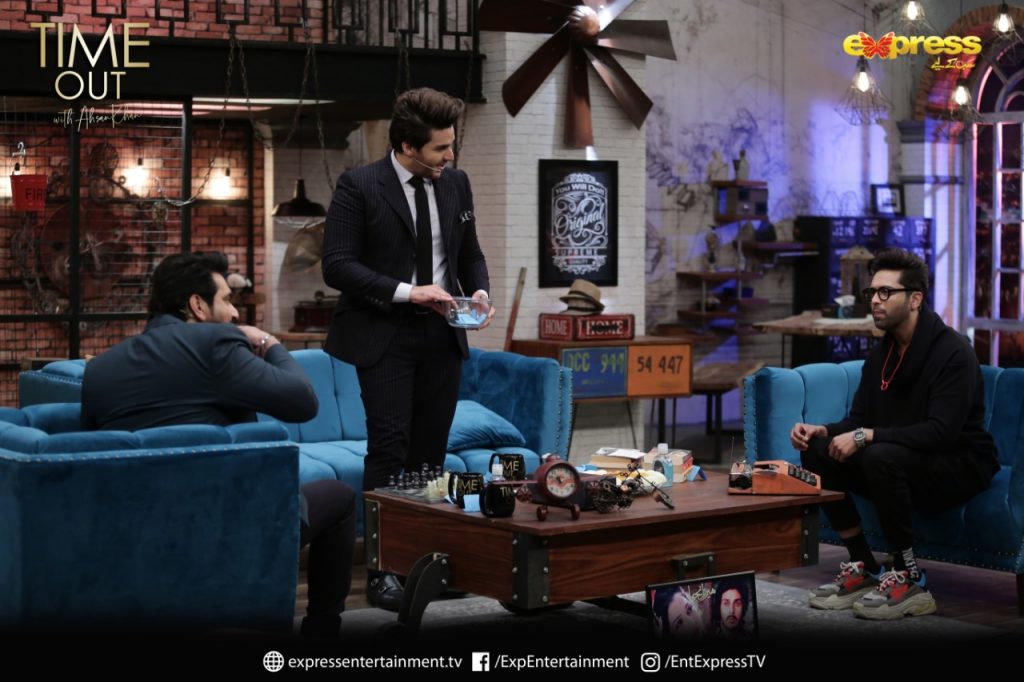 With stars like Humayun Saeed and Fahad Mustafa appearing on screen together for the first time ever, fans were delighted to see the chemistry and entertainment that had viewers hooked to their screens. 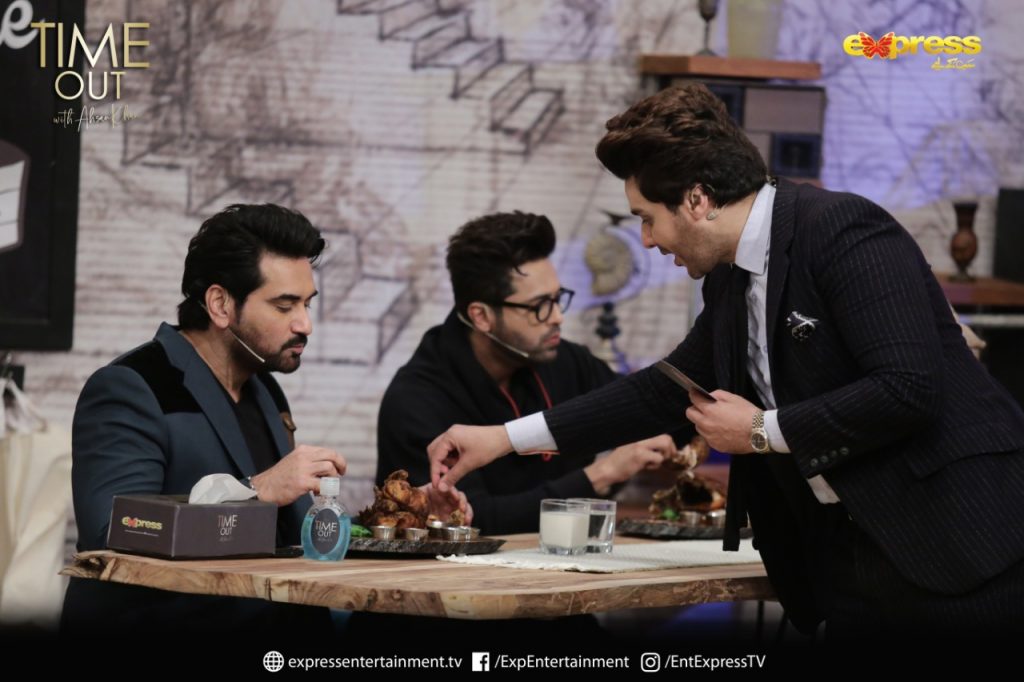 With spices, bunnies, general knowledge questionnaires and gossip, ‘Time Out’ with Ahsan Khan promises a wholesome Saturday night full of activities with exciting guests and a brilliant host! Yet to come are Ayeza Khan and Danish Taimoor, Iqra Aziz and Yasir Husain, Aijaz Aslam, Sunita Marshall and Hassan Ahmed, Faysal Qureshi and many more familiar faces in a thrilling environment which mirrors the 2021 new year aesthetic! 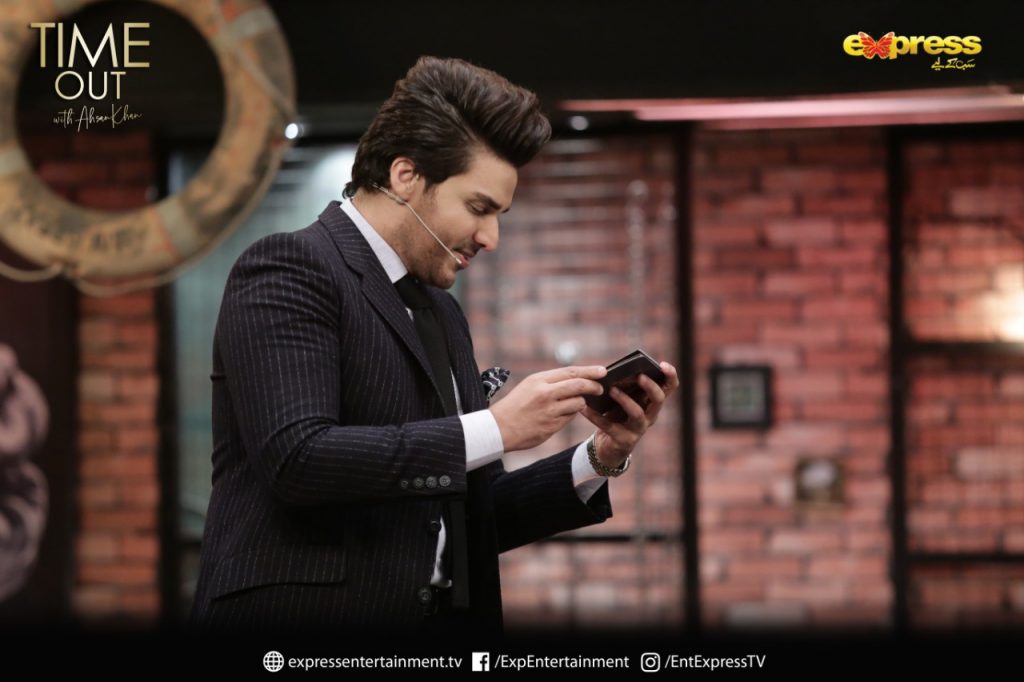 With a contemporary loft design and games lined up to keep the fun going, ‘Time Out’ with Ahsan Khan brings an entirely new genre of game shows to Pakistan!

Watch the funny denial of Karan Johar and Sara Ali Khan from the London restaurant after they used Alia Bhatt’s name; WATCH