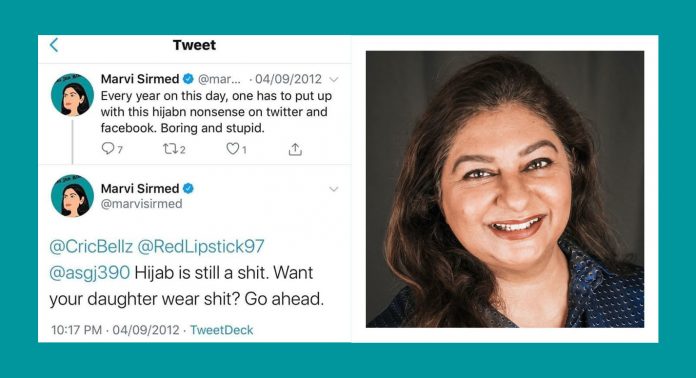 Who is marvi sirmed?

Marvi Sirmed is a famous and outspoken Pakistani Journalist and human right defender who often remained in the limelight due to different controversies. She has actively participated in various rallies and stood against minorities and rapists several times. She was bullied by writer Khalil ur Rehman on a live television show for her feminist comments. This article has all the information about Marvi, including Marvi Sirmed Biography. 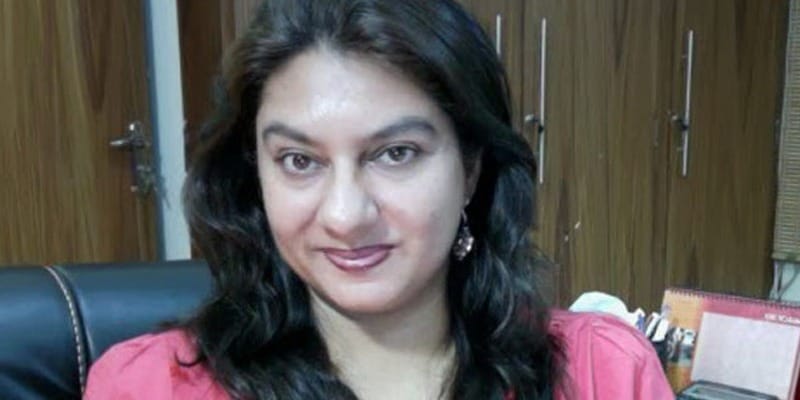 Marvi is a well known Pakistani feminist who started her career a long time ago as a journalist. Marvi often raises her voice again various social issues, including Blasphemy Laws. She is often seen using foul language during interaction with random people on social media.

A lot of news circulates on social media regarding her religion, yet she never clarifies anything. On being asked about her religion once by a random person, she answered, ‘Why my religion is such a huge national issue?’ However, because of her ideas, she is often being called a non-muslim, but never answered directly yet.

She was born on 11th June 1970 in Sialkot. Currently, Marvi is living in Islamabad with her family.

Marvi holds the degree of Masters in Science that she obtained from the University of Punjab. During her educational period, she started working as a content writer for various leading newspapers.

She belongs to an agricultural family background. Her father, Chaudhry Anwar ul Haq served as a Beurocrate till 2003 and got retirement as Directorate General of Public Relations while her grandfather Chaudhry Abdul Rehman was a farmer. One of her brother Naveed Bin Anwar resides in Canada, where he serves as an active leader of Pakistan Tehreek e Insaf. Her younger brother likewise associates with politics and works as an active worker of PTI.

She got married to Sirmed Manzoor in the 1990s, who is serving as a freelance journalist. They blessed with a son Rohail Sirmed.

Sirmad has served as an article writer at the start of her career for various newspapers, including The News. Later after completing her education, she started teaching in various Schools, including Public School. Later she associated herself with South Asia Partnership Pakistan that is a non-government organization. Marvi has likewise worked with NGOs and greatly emphasizes gender quality due to which she has faced problems many times.

In 2002 Marvi started working with Aurat Foundation and an NGO where she highlights the gender quality and always stood for it. In 2004 she went to The United Nations Development Programme, Pakistan. During her work at UNDP, she remained to post to various places incorporating the National Commission on the Status of Women, Federal Ministry of Women’s Development, and the Parliament of Pakistan.

Since 2016, Marvi is handling independent jobs for global associations and is serving as a journalist, in work with Daily Times. She has raised her voice several times against the sexual harassment and remained the part of various lawyer movements. She has been effectively raising voice for the privileges of strict and ethnic minorities, against the constrained changes of Hindu and Christian young ladies. In 2010 she honored with National Human Rights Award by President Asif Ali Zardari.

She is known for being outspoken and unapologetic. This is the kind of reputation Marvi has but after all the feminists have come in her support to stand against the abuses hurled by Khalil ur Rehman, there’s also a large number of twitter users who are calling her for being abusive and demeaning against those who have tried to have a conversation with her over general affairs. Marvi Sirmed’s previous tweets are resurfacing which highlights her abusive language. 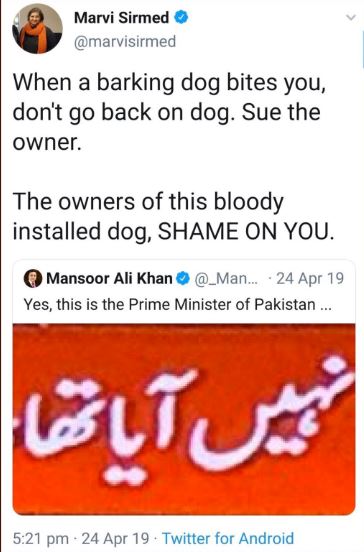 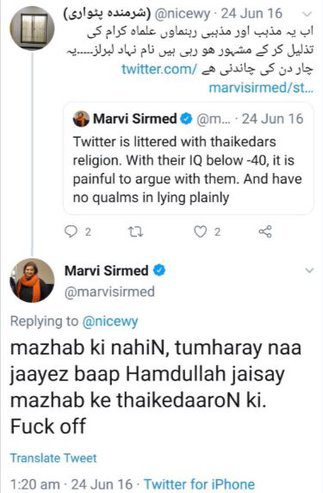 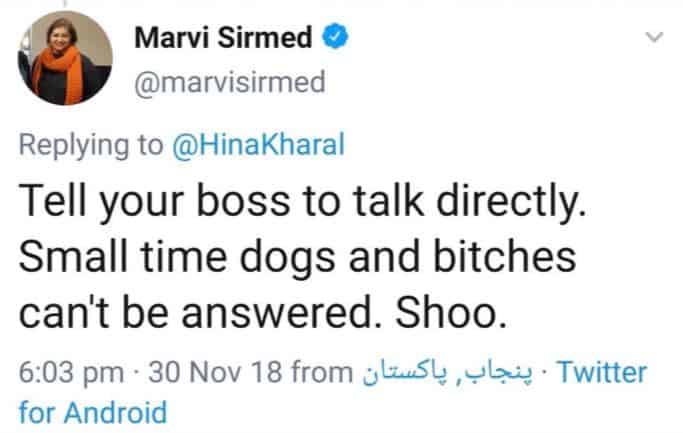 Mahira Khan was probably one of the first few celebrities who spoke against what she witnessed on Neo News Live Talk Show. She spoke against Khalil ur Rehman Qamar’s behavior and his stance against women in general. Later when Marvi Sirmed’s questionable tweets were brought in Mahira Khan’s attention by Raja Faisal, another journalist who was abused by Marvi Sirmed, Mahira clearly mentioned that she did not condone this behavior and was not going to stand by the kind of language that she was using.

After the fiasco of Sirmed Qamar feud, she appeared on the TV to put her stance forward in which she only expects him to accept his mistakes. Khalil ur Rehman Qamar asked for an apology from Marvi but she believes her mere shut up call was nothing as compared to the things he has said. She believes Qamar has collectively insulted all women and has reduced their level to mere physical appearance and attributes.

My response to Mr Qamar's statement that he used abusive language because I provoked him. And tgat he won't apologise until I apology use gor giving him shut up call.

Marvi has been the victim of physical and verbal harassment many times, even on live television programs, because of her bold and courageous thoughts. In 2011 a few unidentified people entered her house and stool all her important documents and information. However, all the stolen data recovered within a month. The new year she and her husband attempted to murder by unknown people. However, luckily both saved.
In 2018 the same incident took place were a few unknown people entered her home and stole her and her family’s passports, Laptops, and mobile phones. The same year she again succeeded in escaping from a shot when a random gunman tried to kill her.
On 3rd March 2020, she was verbally abused by famous television writer Khalil ur Rehman Qamar that welcomed a considerable controversy. All the celebrities, including Mahira Khan, Sanam Saeed, and Hamza Ali Abbasi, stood for Marvi Sirmed and urged to boycott Khalil.

Disclaimer: As an encyclopedia, Next TV’s articles contain shared information which has collected from different sources and people. We welcome everyone for corrections and updates, Thank you.