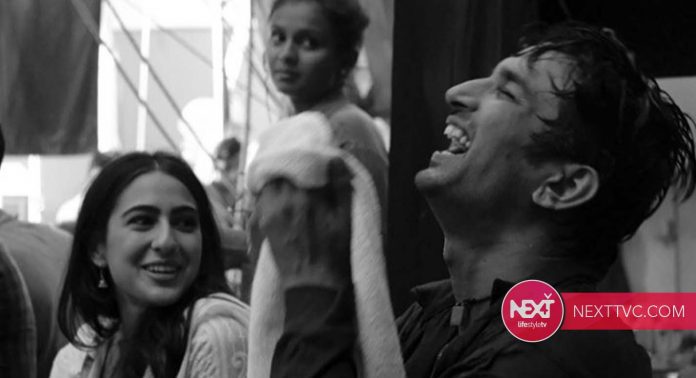 When Sara Ali Khan credited Sushant Singh Rajput as her acting coach on ‘Kedarnath’ sets: Don’t think I would’ve been able to do it without him

Bollywood starlet Sara Ali Khan made one of the most promising debuts in the film industry with her role in Abhishek Kapoor’s ‘Kedarnath’, co-starring Sushant Singh Rajput. The film that released in 2018 was a hit at the box office, with the lead stars winning praises for their performances.

Among the many praises that came Sara’s way, was her command over the Hindi language and her acting chops. However, in a video going viral on social media, the actress at a public event, gave her leading man Sushant his due credit and pointed out that he was the genius helping her behind the scenes. In the video, she says, “I don’t know how I’ve done in the film. I’ve really, really tried my best. But I don’t think I would’ve been able to do any of it without Sushant. He has just been the most helpful person to have had. There were days when I was a little lost, I was a little scared, but he was just always hands-on. Whatever broken Hindi I speak, Sushant has taught me.”

Since SSR’s passing on June 14, director Abhishek’s quote on his leading man feeling ‘lost’ post the film’s release went viral. In a report, the director claimed that Sushant felt that all the love was going to Sara as everything was centred around her at the time.

In an interview with The Times of India, Sara’s father, Saif Ali Khan said that his actress daughter was shocked and ‘very, very, very upset’ by the news of Sushant’s death by suicide. Speaking about how Sara appreciated him and the respect she had for him, Saif said, “She liked him very much. She was quite impressed with certain aspects of his personality. She told me he was very intelligent, that he could discuss, you know, Jean-Paul Sartre and he could discuss various aspects of philosophy and engineering and that he had learned how to shoot with a bow and arrow left-handed, and he was very fit as well as very hard-working, and a good actor,” Saif said, adding that she always talked of him as ‘being a really remarkable person’.