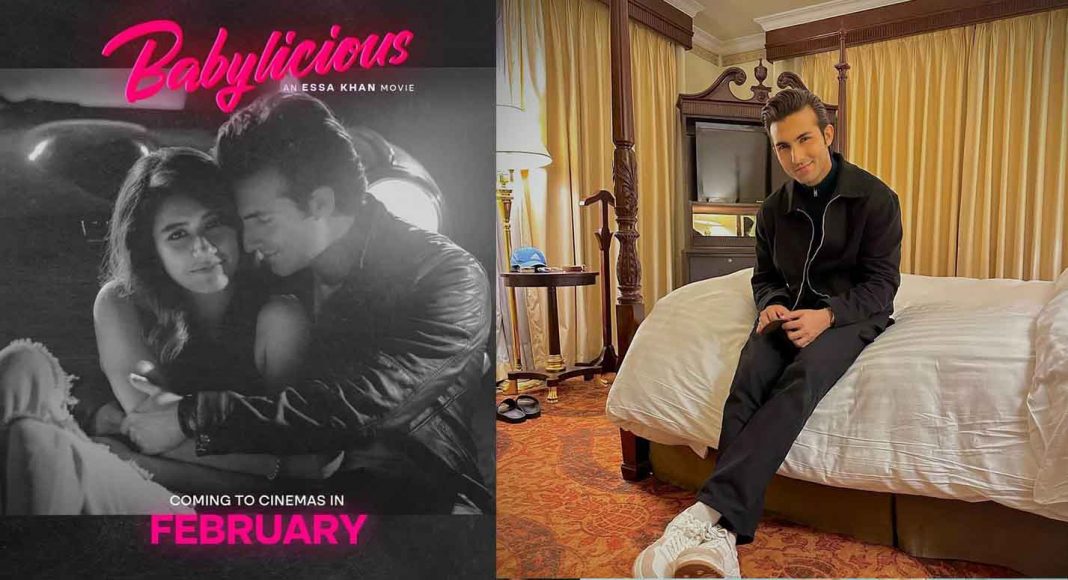 When asked by Shahroz Sabzwari why Syra Yousuf signed “Babylicious,” the decision explained.

Next year, on Valentine's Day, audiences can watch the film directed by Essa Khan.

Babylicious, starring Syra Yousuf and Shahroz Sabzwari, had a sweet teaser published earlier this week, and now fans can’t wait for the full film to steal their hearts on Valentine’s Day. Of course, a love song is essential to any good romantic movie. Yousuf agreed to be in the movie because of the song Mann Ranjhan, which is being released tomorrow.

Yousuf and Sabzwari may be seen in a video posted to the film’s official account gushing about the new song’s debut. “Are you prepared for the 2023 love anthem?” A caption reading “Releasing tomorrow at 6 p.m.” was added.

a casual hoodie and sweatpants on Sabzwari, he turns on the music and exclaims, “Ah, I can’t wait for people to listen to this song.” The year 2017 was the first time I heard this song. “The actor from Sinf-e-Aahan was convinced to sign the contract by Mann Ranjhan,” he continued. As far as I can recall, Syra wasn’t set in stone for the film at the time. She initially wasn’t set on what her role would be, but after hearing this song, she decided, “I don’t care who the character is; I want to do this movie.”

While the soothing music continues to play in the background, the focus moves to Syra, who explains why this song made her think of classic romance. When I was a kid, my dad and I used to spend a lot of time in the car listening to music. “I felt like the melody that was so prevalent in the old songs we used to listen to had been absent from our music for a time,” she reflected. It wasn’t until this movie and this song that she finally found the missing tune, and we can’t wait to hear it!