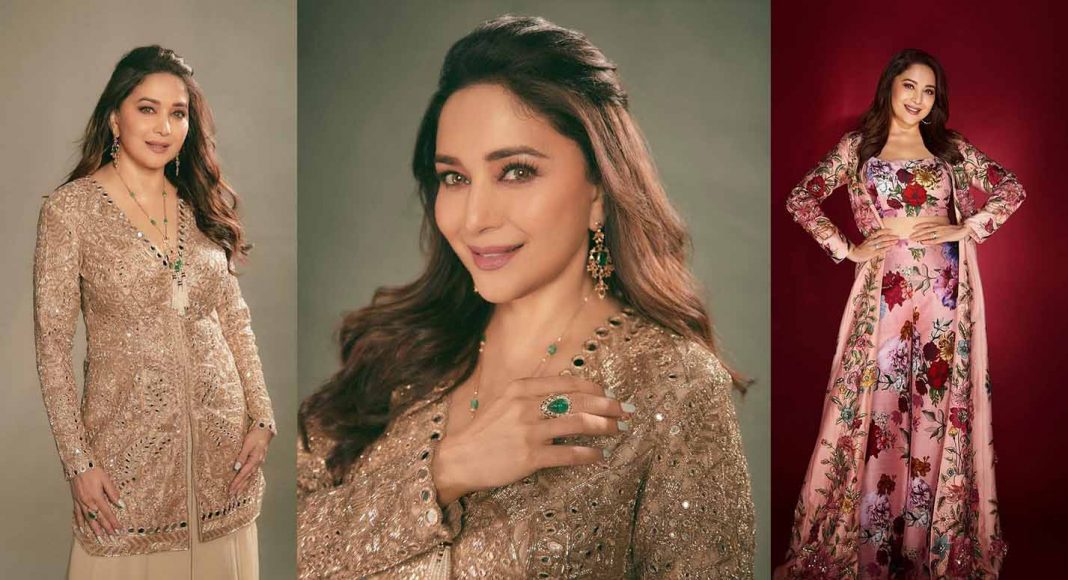 A video of Bollywood superstar Madhuri Dixit dancing to Ali Zafar's song "Sajania" has gone viral after she uploaded it to YouTube.

The prolific Bollywood actor uploaded the video to the video-sharing app Instagram. There was footage of the Hum Aapke Hain Koun..! actor moving to the tune of an Ali Zafar song.

Inspiring comments from her millions of followers confirmed the video’s popularity.

In 1984, with the film Abodh, Madhuri Dixit made her entrance into the Bollywood industry.

After that, she was in a string of successful movies, such as Dayavan, Ram Lakhan, Parinda, Kishan Kanhaiya, Dil, Beta, Khalnayak, Anjaam, Hum Aapke Hain Koun..!, Raja, Dil To Pagal Hai, Lajja, and Total Dhamaal.

The actor has won six Filmfare awards for his work.

This year, the 55-year-old star of Netflix’s ‘The Fame Game’ created her own web series.

“Being famous is not who I am.”

The Bollywood star has stated that her character, Anamika, in “The Fame Game’ is nothing like her.

According to her, “I am a very different person…” Having a happy family life, a loyal fan base, and a strong connection to my offspring are all priorities for me. My favourite way to do this is through social media like Twitter. But how much I say is entirely up to me.

Further, she was of the opinion that a person’s “fame” should not be used to confine their artistic expression. As she put it, “You should define stardom. Your accomplishments are what will make you famous.

According to Beta Actress, she leaves work behind and becomes a “normal person” at home.

Sajjad Ahmed - February 27, 2022
Russia launched its most massive attack on a European country since World War II on Sunday with a push into the country's second-largest city...