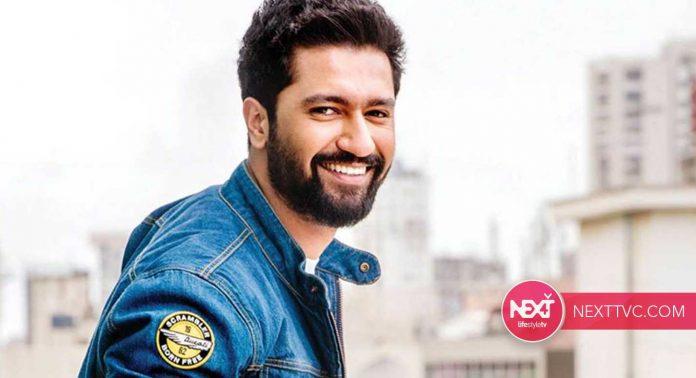 Vicky Kaushal took to social media to share a photo of himself. Not just this, the Uri star also shared a sweet childhood memory related to monsoon with his fans.

After the long summer days, finally, rain showers have graced Mumbai and monsoons have arrived in the city. With rain showers and dip in mercury, stars too are celebrating the weather. Looks like Vicky Kaushal also joined the bandwagon and took to social media to share the happiness of rain showers in Mumbai. The Uri actor has been spending time at home amid the lockdown and often, shares photos while chilling with his brother. However, his recent photo was an ode to monsoon and childhood.

Taking to Instagram, Vicky shared a stunning selfie while sitting on the balcony of his apartment and enjoying the good weather. With his head resting on the railing of the balcony, the actor seemed to be in a pensive mood. Vicky is seen clad in a casual tee as he spends time at home and enjoys the weather post Mumbai’s rain showers. But, while doing so, Vicky also shared a sweet memory from his childhood days at school. Vicky revealed that in his school days, he used to identify his friends by the colour of the raincoat, and well, it surely will take you back in time.

Meanwhile, on the work front, Vicky Kaushal was last seen in Bhoot Part One: The Haunted Ship. The actor grappled for the first time with the horror genre and managed to leave an imprint on the minds of people. Now, he will be seen next in Udham Singh’s biopic that is helmed by Shoojit Sircar. The film’s intense first look left fans in awe of the actor and many were excited to see him play a revolutionary on screen. The film is slated to release on January 15, 2021. Vicky also has Karan Johar’s magnum opus Takht with Ranveer Singh, Alia Bhatt, Kareena Kapoor Khan, Janhvi Kapoor, Bhumi Pednekar and Anil Kapoor.