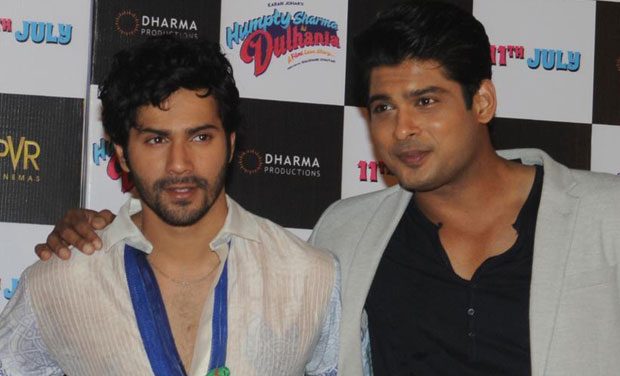 Varun Dhawan, who has worked with Sidharth Shukla and Asim Riaz, has recently expressed his views on their game in the Bigg Boss 13 house. Here’s what he said.

Ever since Bigg Boss 13 started, the one man that has been ruling the house and making headlines each day is Sidharth Shukla. Yes, known as the angry young man of the TV after his visible aggression in the controversial house, Sidharth Shukla to become the most talked-about person of the town. While he has received much support from Kamya Punjabi, Vindu Dara Singh, and Sambhavna Seth, the actor has now received from a popular Bollywood star, who he made his Bollywood debut with. Yes, you guessed it right! We’re talking about Varun Dhawan. He has recently come out in support of Sidharth.

When asked Varun about Sidharth’s behaviour on the sets of Humpty Sharma Ki Dulhania, and if he ever created such a nuisance at that time, he said that nothing like that happened. Not only did he back Sidharth he also supported Asim Riaz, who he has worked within Main Tera Hero. He mentioned that the format of the show is different, and such situations are likely to take place owing to the concept. It is a reality show and show be perceived like that only.

He added that he personally knows both Sidharth and Asim and has worked with them at different stages of life. Both of them are extremely warm-hearted and well-behaved in the real world. He also wished them all the luck to emerge as winners of the show. However, when asked about his favourite contestant of BB 13, Varun showed his funny side and quickly replied, ‘Salman Khan.