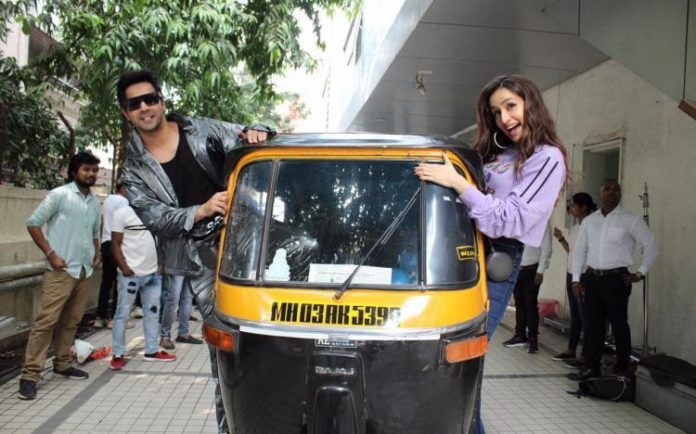 In the photos, while Varun Dhawan stuns in a metallic grey outfit, Shraddha looks chic in blue jeans and crop top and in the photos, Varun and Shraddha, literally, take to the streets to promote the film as they pose in an auto rickshaw. Talking about Street Dancer 3D, the film is the third installment of the popular dance based ABCD series, and the film is directed by Remo D’Souza and is slated to release on January 24, 2020.

Post the wrap up of Street Dancer 3D, an emotional Shraddha Kapoor took to social media to thank everyone as she wrote, “We wrapped Street Dancer last night and my heart feels so full right now. It’s been such an incredible and memorable journey.” Besides Street Dancer, Varun Dhawan will be seen in David Dhawan’s Coolie No.1 opposite Sara Ali Khan, and today, it was being reported that while performing a stunt sequence on the outskirts of Pune, Varun Dhawan had a close save while he was hanging off a cliff.