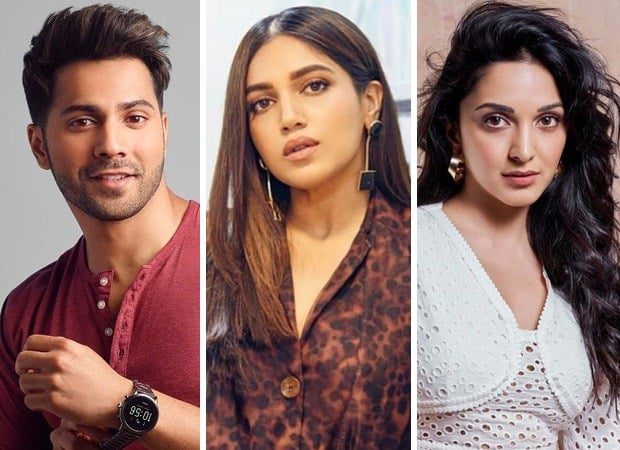 In a major casting coup, filmmaker Shashank Khaitan has found his next lead actors in Varun Dhawan, Bhumi Pednekar and Kiara Advani. Varun, who has previously worked with Shashank in two films – Humpty Sharma Ki Dulhania and Badrinath Ki Dulhania, is collaborating with him for the third time but it is not for Rannbhoomi – the period drama which is put on hold.

The yet-untitled film revolves around the three characters and it was Shashank Khaitan and Karan Johar who zeroed in on the leading ladies. They required fresh pairing for the film and Kiara Advani and Bhumi Pednekar were the apt choices. The film is currently in the scripting stage before it gets finalized. They plan to begin it by mid-2020.

Meanwhile, Varun Dhawan is working on comic caper Coolie No 1 with David Dhawan and Sara Ali Khan which is scheduled for May 1, 2020. Bhumi Pednekar has a couple of films lined up starting with Pati Patni Aur Woh which is releasing on December 6. Kiara Advani, on the other hand, is starring in Good Newwz which is due on December 27.