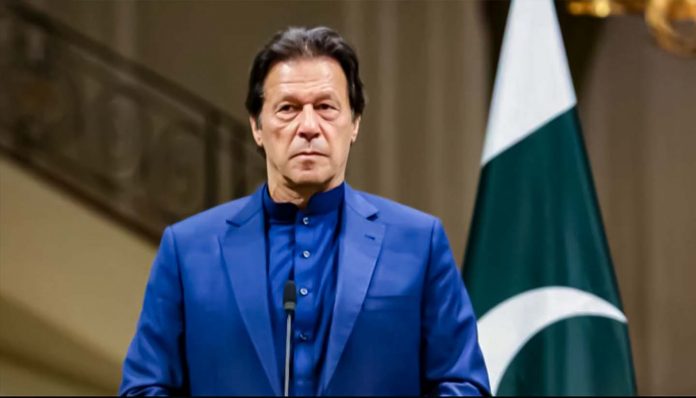 It is estimated that roughly 4.5 million people would benefit from the interest-free loan scheme, which is worth Rs407 billion.

So far Rs2.5 billion has been distributed to low-income individuals in different welfare packages, and Rs55 billion has been loaned by banks after the government urged them to help the ordinary man, Prime Minister Imran Khan stated.

He was speaking at the Faisal Mosque as part of the launch event for the Kamyab Pakistan Program’s interest-free loans.

When asked about the FBR, the Prime Minister insisted that the tax collection was at an all-time high since it allowed Pakistan to subsidise fuel, diesel and electricity.

Additionally, “the government would utilize the tax money raised to elevate people from poverty and to ensure their wellbeing.”

Originally, Pakistan was supposed to follow the guidelines Prophet Mohammad (PBUH) established for the city of Madina, but the leaders said that Pakistan diverged from the intended course.

Imran Khan pleaded with the people to pay taxes that would help lower-income people become self-sufficient.

Youth, women and farmers as well as those who build low-income homes are eligible for loans under the scheme. The loans will be distributed over the following two years.

People in Pakistan will be able to take use of public and private medical facilities thanks to the introduction of health cards, according to Prime Minister Imran Khan.