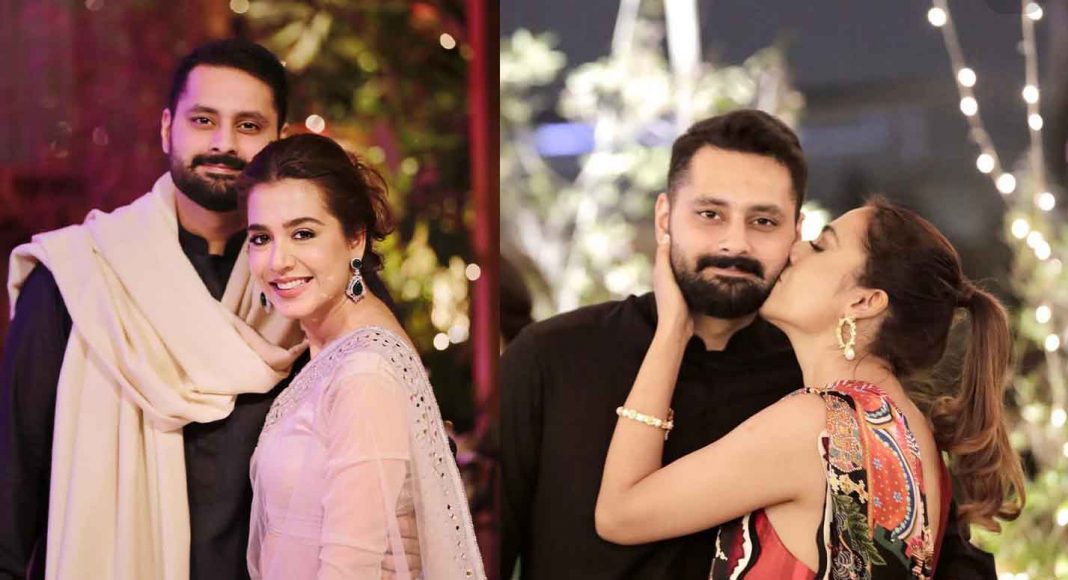 To look good together: Mansha on the failure of celebrity marriages

The actor claimed that the pressure to get married from their fans was a major factor in the industry.

Mansha Pasha, an actor, has some thoughts on why so many high-profile marriages in the entertainment industry failed in the second half of 2022. The actor thinks his fellow performers are “people pleasers” who take fan feedback about themselves and their relationships very seriously.

During a recent appearance on Momina’s Mixed Plate, Pasha discussed marriage in general, including why she believes that half of 2017 was devoted to “airing dirty laundry” on social media.

Marriages are frequently formed on the basis of physical attractiveness, and this is especially true in the entertainment industry. If you’re single and cast in a drama serial together, “people start telling you that your couple looks good, and your social media is filled with fan edits calling you “couple goals” and more,” she warned. That really cements the concept in their heads, I think. Due to their people-pleasing nature, actors often allow themselves to be swayed by the opinions of those around them, regardless of whether or not the people in question actually get along.

While there are certainly other factors at play, Pansha has found that the actors she has spoken with all agree that reactions from fans can become a factor at the beginning of new relationships and the emergence of subsequent problems.

“In my experience, most actors are quite unreliable.” The stress of our jobs has a lasting impact on our psyches. When asked about the pressures of the industry, she said, “We’re constantly playing with our emotions, dealing with scrutiny, not just from fans but also from cameramen and directors.”

She also placed the blame on social media and the accompanying pressure to chronicle every aspect of one’s personal and romantic life. Quite a few people put their romantic partnerships on the back burner from an early stage. I think they should relax the rules a bit and set a limit before people start putting their names and other personal information on their profiles unless they are engaged, married, or otherwise legally committed to each other. “They just make people curious about relationships, and that affects your relationship as it develops,” she said.

Based on her first marriage experience, Pasha explained that the definition of marriage is highly dependent on the individuals involved. While she did say that divorce should be a last resort, she stressed the importance of knowing who you’re marrying before giving in to outside pressure.

We’re not sure if we’re well-suited to one another to spend and build a whole life together. Mansha continued, “No one gets married with the intention of breaking up, but if there’s pain and it can’t be resolved, then one should be open to living a life full of love instead.”

In addition, the actor emphasized the importance of waiting until one’s identity is fully formed before choosing a life partner.

Sajjad Ahmed - April 18, 2022
In one of the greatest overhauls of the visa system, the United Arab Emirates (UAE) on Monday unveiled a new entrance and residency plan...